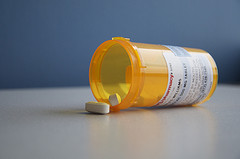 I’ve been sitting on this for a week or more, because I don’t want to write a post that’s overly negative. When I read this article about GlaxoSmithKline, though, it reminded me of a quite blistering critique on the psychological discipline…or, rather, what it has become…that I read a few months ago.

I know I’ve talked before here about my concerns of a generation without coping skills do to the popularity of the idea that we can take a pill to fix anything. Our over-medicated culture springs to a newly illuminated life we when read news like this, of pharmaceuticals marketing medication to children and for symptoms in contradiction of evidence regarding it’s probable safety risks in order to maximize profit. This isn’t any other business selling its products with clever advertising, here…this is stuff that we’re putting into our bodies. This is our health.

And, moreover, this is our childrens’ health. Beyond the lack of an ability to cope with life that becoming reliant upon a medication produces, this sort of over-medication produces an ignorance of nutritional and physiological best practices that can prevent or cure many problems, to say nothing of an acceptance of the unpredictable side effects of putting these foreign substances into our bodies as a normal part of life.

The second of the above-referenced articles essentially claims that psychology lost its validity as a discipline when psychiatry entered the picture, because doctors giving medications to cover symptoms became more prominent (due in no small part to the fact that it was more profitable) than actually working through problems by talking to someone.

The sort of deception and blatant profit-mongering in question is the natural result of wanting change without doing the hard work, without going through the painful self-examination required of altering our lives for the better.

Instant gratification has its limits, and the mind actually is a terrible thing to waste…perhaps even more terrible to over-medicate.