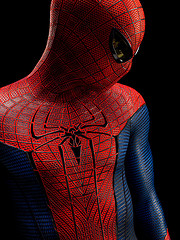 My first thought upon seeing the trailer for The Amazing Spider-Man was something akin to, “didn’t they just do this?” I am a big fan of the first three Spider-Man films, and found the thought of another re-visiting of Spider-Man’s origin to be overly trendy at best, and shameless studio profit-seeking at worst.

As the release date for the film drew closer, however, new trailers saturated the Internet, and seemed to hint that this was actually not a re-telling of Spidey’s origin, but rather a continuation of the films that have preceded it. Okay, I thought…this will be strange without the original cast, but I can give it a chance.

The hints in those trailers, though, whether they were intended to be there or were superimposed by me upon seeing them, turned out to be a sort of bait-and-switch. While this wasn’t technically a re-telling of the origin story, it was rather a re-interpretation of it. And, call me a purist, but the liberties taken were far too extreme.

You see, the theme of Spider-Man…the choice through which he embodies the nature of a hero, if you will…is Peter Parker taking responsibility for the new abilities with which he finds himself, especially in the wake of Uncle Ben’s death. The taking seriously of Uncle Ben’s re-telling of Voltaire’s claim, “with great power comes great responsibility,” is the process through which Peter Parker uses the Spider-Man identity to ultimately place the good of others before himself. This is the process that was illustrated so well in the original films, and is the development of the character in the pages of Marvel comics.

It is also, sadly, the component that is conspicuously absent from The Amazing Spider-Man. Ambiguous references to responsibility aside, this critical theme seems to flirt with the thought of materializing in the story, but remains teasingly just out of reach. This film is Spider-Man as a YA novel, the taking of a hero to whom we all so easily relate as he comes from humble origins like us, and simplifying him into an arrogant, love-struck teenager on a perpetual revenge mission that he attempts to disguise as the responsibility to rid his city of a villain that he has created.

Now, the movie isn’t entirely bad…just mostly. There were moments of awkwardness between Peter and Gwen Stacey as the two fall into sappy teenage romance that left me smiling, and the first-person perspectives of Spider-Man web-slinging through the city are  quite breath-taking at times, especially in 3D. Also, to the film’s credit, it corrects the one huge downfall of the original three and removes the silly concept that Spidey’s webbing is a power as opposed to a technological innovation, placing web-slinging devices back on Spidey’s wrists where they belong. Parallel to this, however, is the complete lack of Peter discovering his abilities in any meaningful sense. Of course, this accompanies the completely loose re-interpretation of his beginnings. Ignoring a thief in a wrestling match to discover that the man has later killed Uncle Ben? That’s been morphed into Peter becoming complacent in an armed robbery followed by Uncle Ben being gunned down. After his spider-bite, Peter is in an awkward fight scene in a subway train that is just painful to watch. And, suddenly, he has a working costume, complete with web-shooters, and is taking down criminals less than 10 minutes later.

Oh, and speaking of the sappy teenage romance? The lines about being “bitten” will make you cringe. And, with Gwen Stacey as Peter’s teenage love interest, other critical characters to the Spider-Man mythology don’t exist at all in the film…notably Mary Jane or James Jonah Jamison (for that matter, the Daily Bugle is only seen in print in a single frame).

What’s most depressing about the film, however, is not only a complete lack of character development, but the attempt to transform Peter Parker into a completely different character than he is. He is a cocky vigilante who has difficulty believing that the police would not accept him. He wins the girl, beats up the jock (who later mysteriously indicates acceptance of him), and relentlessly chases after the man who killed his uncle. He manages to save a kid or two along the way, and we almost see a glimmer of heroism in those moments. Almost.

Until when, in the end, with his dying breath (a massive spoiler follows here, by the way), Gwen’s father makes Peter promise to leave his daughter out of Spider-Man’s heroic life in order to protect her. Peter makes this promise, and we think that the will keep it. We think that he will grow up, that he will finally make this truly heroic act that is so much more than the sum of his fighting abilities and revenge-seeking. In the end, however, he announces that this is the promise that he couldn’t keep, and we see the relationship begin to blossom again, in contradiction to Peter’s promise to a dying man. His one chance to truly be a hero in the entire film, lost to selfish desires.

Hollywood has great power to portray characters that have impacted the lives of so many in an accurate manner. With that power, comes a responsibility to seek to be true to the character, instead of being true to what will make the most money. The Spider-Man film franchise would be better off had this film never been made, because our friendly-neighborhood hero is no longer the self-sacrificial and insecure man who fights for those who cannot defend themselves at great risk to his own life. He’s simply a stronger version of the rest of us.

When you take the character who should be the hero, and reduce him to the same selfish choices that those of us need a hero make, the result is…not so amazing.

5 thoughts on “A Review of “The Amazing Spider-Man””