The strange thing about visiting Seattle for the first time is that I had dreamed that I already had. I dreamed that I visited an office there for my day job, and had been surprised by how sparse the surrounding neighborhood had appeared. In my dream, it was essentially a suburb of L.A. Obviously, that couldn’t have been more wrong.

I arrived in the wee hours of the morning after a grueling 13-hour travel day that was the result of my airline “accommodating” me for a cancelled flight. There, at 1:00 a.m. local time in SeaTac airport (while my body was convinced that it was actually 4:00 a.m.), came my first experience with Seattle’s peculiarities with Lyft: the drivers always call or text to confirm your location (they also never seem to arrive on the same side of the street as you).

I was in Seattle for 4 days, and experienced about 5 hours of sunlight during my stay. The stereotype of the city being all rain all the time certainly seemed to hold true for my visit. I was also surprised by the fog. I awoke on two mornings (always insanely early as my body remained stubbornly on East coast time) to find myself barely able to see neighboring buildings to my downtown hotel’s window for the fog.

When there is sun, though, the waterfront and Pike Place market are busy and fun. I also saw Seattle Pacific University, which I knew from listening to the Kindlings Muse in its prime, and had always wanted to see in person.

During my explorations, I found a fantastic allergy-friendly restaurant for lunch. If you’re gluten-free or dairy free, I very much recommend that you stop by Niche Cafe and Bakery if you’re in the city. I found no need to pack my own coffee and travel press as I usually do on trips, because, being Seattle, you’re never far from a good cup of coffee. This doesn’t just include Starbucks, of course. VoxxCoffee was only a block from my hotel, and a perfect stop before my daily excursions.

Seattle seems to be in a perpetual state of construction, and cranes dot the skyline like dinosaurs stretching their long necks above the treetops. I’ve read that the construction is because of a tech boom in the city. It certainly causes its share of pedestrian headaches.

Of course, whenever I’m in a city with a Hard Rock Cafe, I have to visit. I suppose that I had high expectations for this Hard Rock, given that Seattle is the birthplace of grunge, but I was disappointed. This was one of the least interesting Hard Rocks that I’ve seen.

I often don’t go see big tourist attractions because I’d rather see the city (I’ve been to New York City and never seen the Statue of Liberty). True to form, I suppose, I skipped the Space Needle. I did visit the Seattle Public Library on a recommendation though — it’s a stunning architectural achievement in its own right.

Seattle was backward to me. The water felt as though I was facing East (I’ve heard that confusion is normal), and seductive: it’s a downhill walk to reach the water, but you’ll get a good workout on the uphill walk back to the hotel. Seattle struck me as a dirty city, which surprised me. I felt as though I needed the rain for cleansing after I had walked a few blocks. As is often the case, Seattle was very different than I had imagined (or dreamed). I had always entertained the idea that I might like to live there, given its reputation for intellectualism. While I definitely enjoyed my visit, I’ve also crossed that thought off of my list. Seattle was fun, but I just simply need more sunlight in my life. 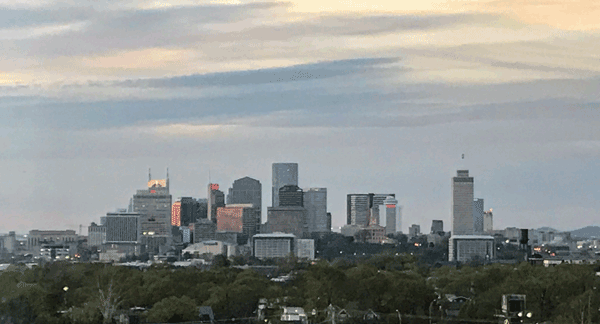 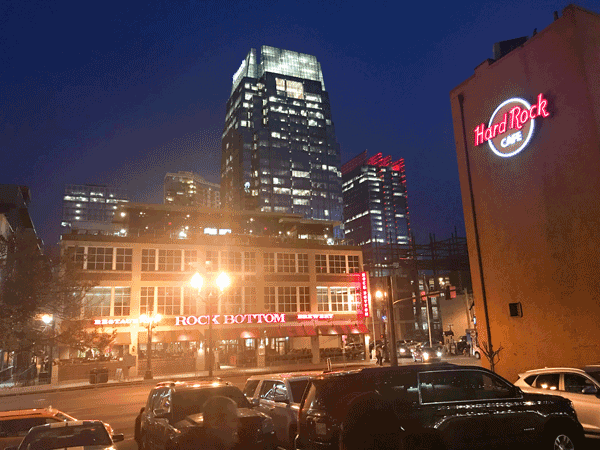 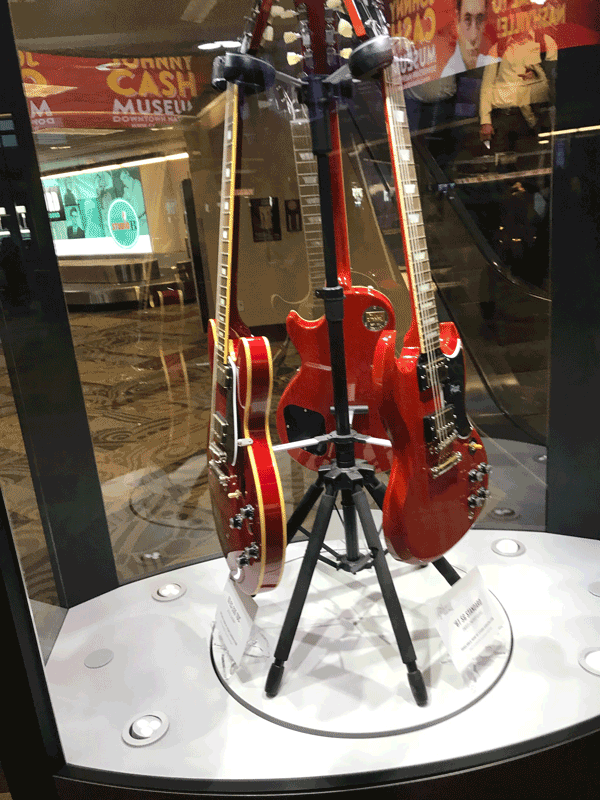 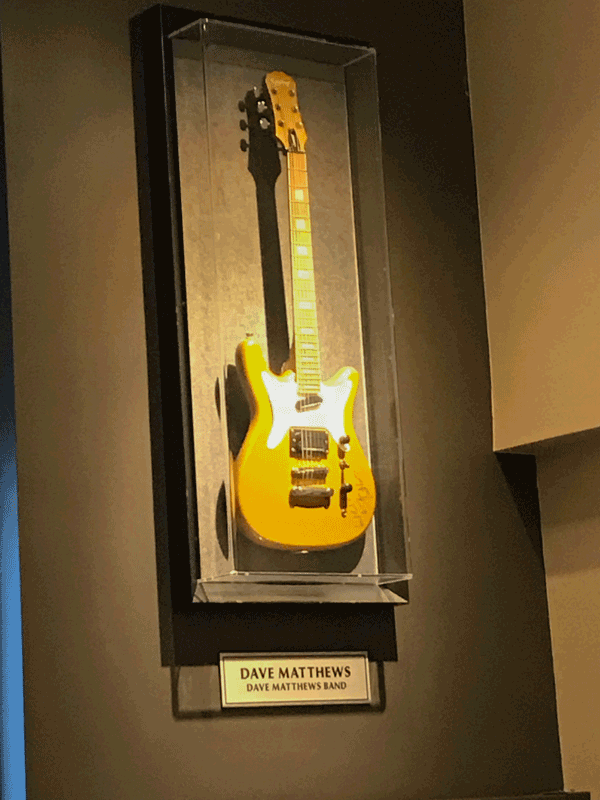 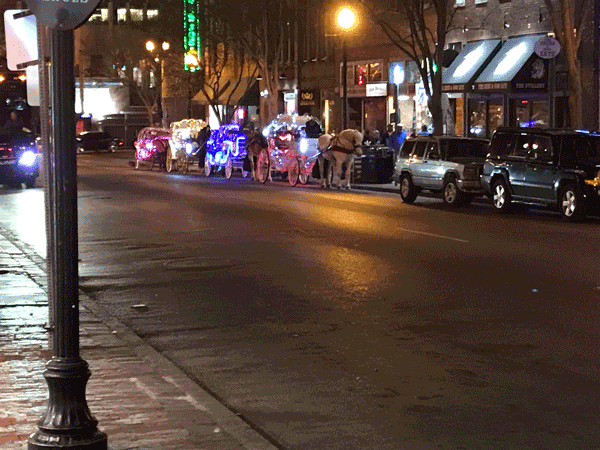 Karen and I travel a significant distance for one of the two winter holidays each year. We’ve kept this pattern in some form or other since we’ve been married, as a way to make certain both ends of the family are allotted equivalent time. The issue that we encounter is that traveling in the winter is, well…interesting. Each year promises to be unpredictable…it could be a smooth travel experience (one year was eight hours flat, from the time we walked into the airport until the time we set our bags down on the floor of the guest room), or it could be an insanely frustrating experience, such as the time we sat in an airport terminal for seven hours waiting for a “ground stop” to be lifted.

This year we booked an early flight, keeping the entire departing trip scheduled around our daughter’s nap routine. Had everything run anything close to smoothly, we would have been putting her into the rental car just in time for her to snooze away the last leg of the journey. Instead, we encountered one of those travel days…

After waking up ridiculously early to catch our first flight, we had to wait for de-icing (hooray for living in New England). That was just enough of a delay to find out that the airport where we were connecting had issued a “ground stop” (a traveler’s tip…when you hear those words, you are hopelessly, hopelessly screwed). Eventually, that flight was cancelled. After being re-booked, we were still sitting in the origin airport when our daughter should have been napping, only to find out our re-booked flight was delayed. We were told we could still make our connector after arriving at a new connecting airport with 20 minutes to spare…except that a flight ahead of us apparently experienced an emergency and had to be landed before everyone else, which resulted in our having ten minutes to walk several gates away, take a shuttle, walk several more gates…we didn’t make it. We thus re-booked again, and instead of arriving at any sort of sane time, we arrived at midnight.

That, dear reader, would cause the most saintly among us to have a short temper.

During two of our many layovers, though, some cool things happened. Another family who was awaiting a delayed flight was traveling with three children, who began playing ball at the gate. Our daughter joined in, and had great fun. Even though she’s barely able to understand the concept of throwing a ball at this point, let alone the mechanics, she thoroughly enjoyed the experience of playing with the other children.

While waiting in the gate for our final flight of the day, two other children came up to introduce themselves to our daughter. They were much older than she, but there were no other children in the terminal, and they were looking for a playmate with which to pass the time. My wife got involved, as did a college student who was already waiting when we arrived, and soon there was a full-on game of duck-duck-goose in the middle of the gate. At first, people seemed uncomfortable with it. Slowly, though, a crew member who looked like he was finished for the day and flying as a passenger began smiling, Then a guy in a Marines t-shirt smiled. The smiles were contagious, and loosened everyone’s mood (we were far from the only delayed travelers that day). Even I was less grumpy afterward. There was innocence in that terminal again, a sense of merriment as we waited for yet another delayed flight, a pervasive sense that even the most frustrating of circumstances would be overcome by this season that we hold so dear.

Christmas was an odd experience this year…as we fall back into what was our normal family holiday rhythm after a chaotic year, there were a lot of things that were comfortingly normal, and others that were oddly out of place or accidentally overlooked. What seemed most profound about my Christmas week, though, was the feeling of watching my wife and daughter and a group of complete strangers disrupt the tense atmosphere of an airport terminal with the laughter and all-around noise of a children’s game. There was something pure about that, even holy, perhaps. Christmas truly began for me in that moment.

I hope that, whenever yours began, it has been blessed.