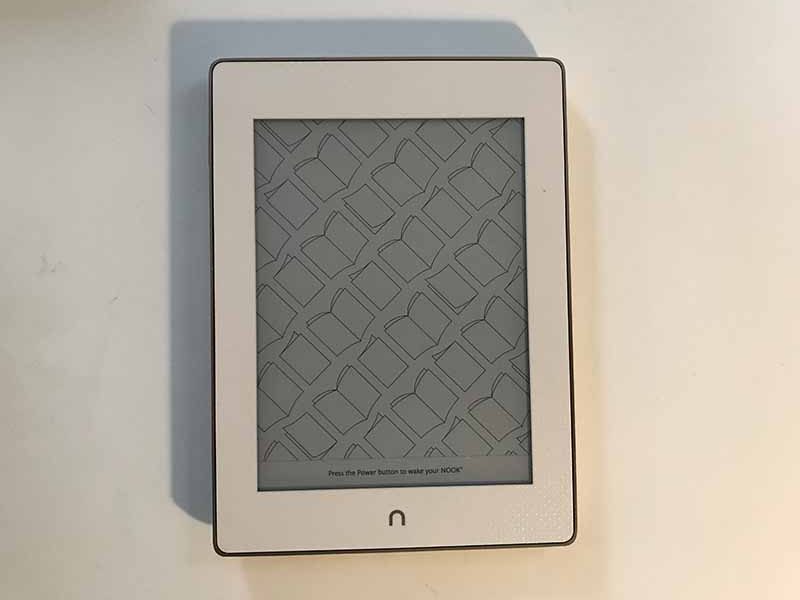 I subscribe to the Atlantic. I have off and on over the years. Most recently, my subscription is digital. I receive the latest issue each month on my tablet from Barnes and Noble. I’ve wrestled with ebooks since my first experience with them, but magazines make much more sense to me digitally. They feel less permanent by nature. Recently, however, I went back to reference a great article that I had read in the Atlantic, only to discover that issues past a certain date were no longer available.

As it turns out, this is an apparent choice on the part of the magazine, as all of their articles are available on their website after a period of time. I actually think that this is an excellent choice on their part, although I am frustrated that I can no longer access those issues when I want.

My discovery led to other disclosures, also, and these were much more disturbing. I can no longer download purchased ebooks to my local drive for backup or archival purposes. Barnes and Noble has intentionally removed the ability to do so, as has Amazon. What’s more, I can no longer open previously downloaded books. This is strikingly different from music and movie purchases from, for example, iTunes, which I can easily backup and archive. This decision on the part of the booksellers forces us to trust their clouds with our purchases instead of being able to have what we’ve purchased to read whenever we like. The opportunity for active censorship of what we have available to read in this scenario should make your hair stand on end.

Books aren’t software. What’s concerning about this trend is what it reveals. We hold books in lower regard than other mediums. We view them as fleeting, ephemeral–no more important than a blog post. Yet, it is in them that we preserve our cultural identity, in them that we experience other points of view and begin to wrestle with the most important aspects of our human condition. Our books contain such a vital piece of our humanity, because we’ve entrusted that to them. In devaluing them in this way, we’ve devalued our own human-ness, as well. We’ve declared that it’s expendable, that it’s only data…that we are only data.

Can we be surprised, then, at the way our civility devolves around us? I don’t think that we can.

I love discussing movies and books with other critical viewers/readers. You know, the conversations that go beyond “I loved that movie, it was so cool!” There’s nothing wrong with that…I just like to know why I liked something, and to have conversations with others about those reasons.

Last night, some family members watched Beastly at Karen’s recommendation. As Karen was out of town for most of the weekend, they talked to me last night about their reactions in light of the fact that it had been loaned to them on such high recommendation by both Karen and myself.

Now, I would need to go back and re-watch the film to see their criticism in context, but they had really good feedback on the writing, acting, directing, and even lighting. They didn’t just not like the movie, they had very good reasons for not liking the movie. I really appreciated that, because, while there is a lot of art out there of all mediums that’s just inherently bad by any standard of quality, a lot of it comes down to one’s preferences and personality, just as the creation of the art did in the first place.

Our conversation turned to the conventions of certain genres. The big difference in my viewing of Beastly was that it had already been framed for me as a YA fairy tale adaptation. The family who watched it last night came from a completely different starting point: they hadn’t had it framed it at all, they were just watching it as they would any other film. Mind you, that doesn’t detract from or negate any of their excellent criticism, but I think that conventions are an important thing.

For example, when I watched I Am Number Four, I was far from impressed for the first quarter of the movie. Then, I recognized that it was essentially a YA novel on film, and this changed my response to it much for the better. When art is intentionally produced within a certain genre, there are conventions that it tends to follow as a result. We can argue that those conventions, or even the genre itself, can limit that art, but I think that’s a bit of a self-defeating conversation. Whatever the case, though, when a work intentionally belongs to a certain genre, we shouldn’t expect more of it than it is. Once I appreciated I Am Number Four for what it was, I was impressed with the movie, because the things that make a good YA story don’t make a good mystery, for example…and vice versa.

I think that, for that reason, I overlooked many of the things that were critiqued about Beastly last night when I watched the movie. Had I expected the movie to be a fine art film, or the equivalent of a literary novel, then I would have been disappointed. I knew, though, that fairy tales tend to follow certain conventions, and I see those elements as a strength instead of a detractor.

I’m just as likely to read Tolstoy or Salinger as I am a good science fiction novel, and I appreciate them both for what they are. Were I to expect one to be the other, I would be disappointed. Yet, there are still certain markers of quality writing that should belong to both, and the same is true of film: if something is badly acted or directed or lit, then genre doesn’t matter. The craft needed to be improved.

I think I’ll go back and re-watch Beastly soon with their recent comments in mind, because I don’t want to be blind to poor craft in the name of genre.

Do you like genre stories? Are you willing to accept certain conventions within the genre that would otherwise turn you away in a book or a film?

Just a short list to end the week with. NPR posted this list earlier in the week, which is a listener-generated list of the top 100 science-fiction novels that everyone should read. I’m proud to have several of the books listed here (at least in the top 50) to my reading credit, and, in some cases, I can honestly list some of these books as being among the most influential books I’ve ever read. The Hitchiker’s Guide to the Galaxy and the Foundation series were all books that I read during periods of my youth that were very formative to my writing life, and also to my reading tastes.

There are some books that I’m surprised that aren’t on the list, as well…Henliein’s Friday, for example, which is the book that caused me to fall in love with the genre as I now know it.

In any case, though, there seems to be books here for both the serious science-fiction fan, and the science-fiction novice. Tell me, which ones have you read? And do you find any of your all-time favorties on here?