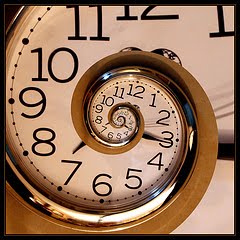 I had an amazing idea this weekend. What would happen if, all over the world, simultaneously, everyone of all occupations and faiths and ethnicities, just paused. Just stopped to consider. Just took a moment. What if all of the noise stopped, all the broadcasting ceased, for just, say, five minutes. Quiet. Only people talking to each other, and then only if they chose. More importantly, time for everyone to talk to themselves, to listen to themselves.

Well, logistically, I suppose that’s fraught with complication. Whenever that moment happened to occur, a large percentage of the world would be in the middle of the night and thus asleep, and so it wouldn’t affect them very much. So, we’d have to do this on a sort of rolling deployment, to occur at, say, 10:00 a.m. local time. Ultimately, though, I’m more interested in what would happen as a result.

I had a slow morning Saturday. I love slow Saturday mornings. Scratch that….I adore them. Wake up at 10:00, get around to breakfast by 11:00, not leave the place until 2:00 after several cups of coffee, reading, conversation, and all those around-the-house things you’ve been meaning to do all week. That’s just one of the finer pleasures in life to me. When I finally did get out and about, though, life became sort of hectic again. No matter how much I attempt to avoid a materialistic Christmas, American culture still thrusts it onto me. So, we were gift-shopping. And running essential errands (the grocery store is necessary for that annoying need we have to eat). Sunday had a few more errands, and then balancing all of the things we really want to do in our “free time” (something I suspect will be illegal in the U.S. within five years) while juggling real-life stuff…laundry, cooking, cleaning, etc. All before going to see a friend sing last night. There just aren’t enough hours in the day, and, ultimately, Karen and I don’t even have that full of a calendar, relatively speaking.

Late in the afternoon, I was reading, because that’s something I’m determined to make time for. Yesterday was a dark and all around miserable day in Virginia…rainy, grey, and cold. Karen and I were on the sofa in front of the fireplace with our respective books in hand, when the first glimmer of sunlight filtered in through the windows. The glimmer only lasted a few moments, and was gone again. However, it was followed by another a short while later. The second glimmer was even briefer than its predecessor, though. Oh well. I’ll take what I can.

A few pages later, brightness came. I turned to see it…I had line-of-sight through the window at the end of our sun room. The sun looked around the building across the street, and right at me. Bright, burning, momentarily even warm, it filled our entire living room and left spots between my eyes and the page after it was gone. This wasn’t a glimmer, it was a flare, and it was the sort of event that causes you to stop what you’re doing and pay attention. Soak it in. Listen. Be still.

I know its going to sound odd to say that I “listened” to a moment that was a visual experience (I remember a character from Ghostbusters earnestly ordering, “Listen! Do you smell something?”), but I became quiet and listened for those few seconds yesterday. I didn’t hear myself so much as I heard quiet, a Divine quiet, a pause in the life of a dark and rainy day to experience light. Not a light that went away, but that asserted itself very strongly to remind us that it is still there and at full power on the other side of the grey, and that it will make its return when it decides it wants to. I listened because it commanded attention.

What would our Christmas season, our work-week, our daily routine be like if we had a moment like this each day? Just a moment where we put our schedules aside and chose not to ignore a hue that commands…or even gently requests…our attention?

What would the world become if we all stopped periodically, became quiet, and listened? I doubt it will happen as a worldwide event, but we could launch it as an event for ourselves, and enjoy the results.

I wish you all a quiet week.