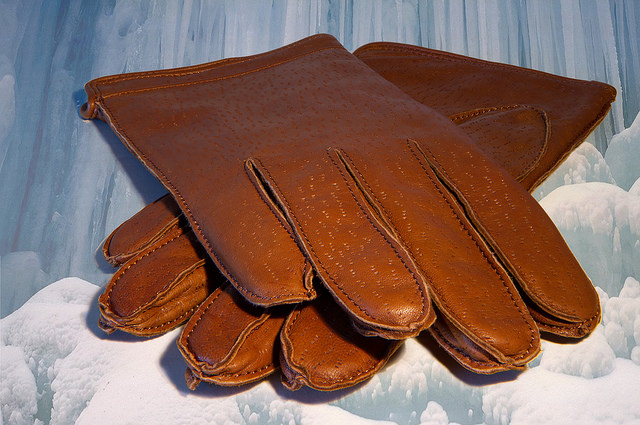 I’ve been shopping for a new pair of gloves.  This is a deceptively difficult thing to get right. When you live in New England, you don’t own just one pair of gloves, because the mid-weight gloves that you wear in December are useless in January and February. Having the right gloves at the right time of year is very important.

After Karen and I had been married for a couple of years, I joked that I was a master of the suburban jungle. We fell into a rhythm of grocery shopping every Sunday afternoon. This sounds mundane, but was something that I enjoyed. Our rhythm is no longer the same with two children, and this is true not only of grocery shopping, but of many other aspects of life.

Even within these interruptions, however, one adapts. We used to have these little outings as a family. Again, nothing huge, and often mundane….trips to a local store to pick up some items that we needed, then eating out. I love those excursions, even when they are something as trivial as shopping, perhaps for the right pair of gloves.

When our oldest daughter was younger, I took her for “cookies and milk” every weekend. This was an inviolable routine. Even when traveling, we made time. Even if it was as simple as grabbing 15 minutes at a coffee shop (which it frequently was), I made the time. As life progressed, this, too, began to happen less and less frequently, a fact that she has lamented to me recently. Now I find myself digging for ways to accomplish this simple act amidst all of the work that I have to accomplish, all of the daily life commitments that come with family…almost none of which, it occurs to me, involve leaving home.

This was a utopia long-predicted and, now that we have it…for all of its telecommuting benefits…I can’t help but wonder what we’ve relinquished. Years ago, when I was in grad school, I recall sitting upstairs in my favorite coffee shop, when a classmate walked in downstairs. I began to IM him (remember AOL?), and realized the absurdity of such an action. I walked downstairs and said hello. That was a precursor to today, as the absurdity of that moment becomes commonplace when we use Slack to talk to a co-worker who is only a few feet away.

Of all the face-to-face interactions that we abdicate, it is the interactions with my children and family that are most painful. As crazy as it sounds, those random weekend shopping excursions held something that just doesn’t spark when we have those same items delivered by Amazon. The convenience of having such a plethora of options for a new pair of gloves is somehow not worthwhile, because the substance of doing the activity together, even when it’s only shopping, is more important than the outcome of the activity.

That idea, though, is counter-cultural in an age of scientific pragmatism. We are, after all, only data, right? And thus intrudes a cognitive dissonance into my life. I love shiny new toys. I love that I can have groceries delivered to us on Sundays if we are overwhelmed with daily family responsibilities. I miss the act of intentionally doing those mundane things together, though. I miss it deeply, because it now happens so rarely. And thus, so do our connections with each other.

Except virtual connections. Those will never go away.

For whatever they’re worth.