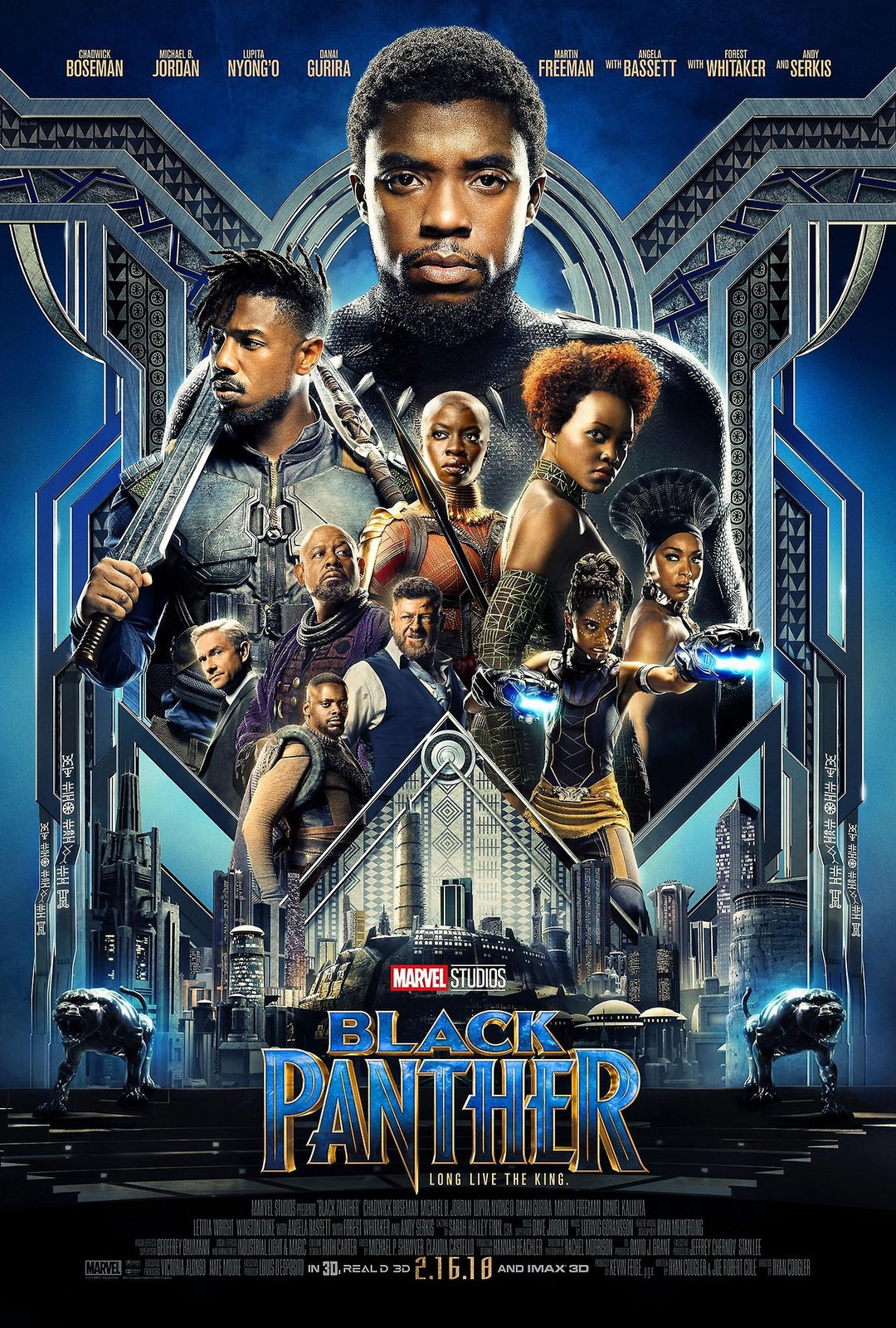 I knew before entering the cinema this weekend that Black Panther would be a very different movie for Marvel, but hadn’t predicted how different. Until now, every character in the cinematic universe has been seen through the lens of a hero, albeit, at times, reluctant or unintentional heroes. This isn’t the story of a hero, but rather the story of a king.

T’Challa rises to power, as you’ll remember from Captain America: Civil War, through tragedy. Thrust into wearing the mantle of king, he is now trying to do what is right for his country, struggling against a history of violence and revenge. His sudden rise to power is marked by living in the tension between honoring their way of life and doing what is right with the power that his country holds.

What immediately struck me about Black Panther was the quality of the world-building. Wakanda here finally fulfills its potential in the Marvel Universe. We see a fully developed nation, honoring and maintaining its ancient traditions all while embracing a technological superiority surpassing any other nation on the globe. The balance that the Wakandans maintain between these two extremes is completely believable and profoundly thought-provoking. The visuals are stunning, especially the dream and hallucination sequences. Both the sweeping shots of the African landscape and the digitally constructed sequences of the high-tech bunkers beneath the city are equally impressive. I also particularly liked the Bond/Q sort of relationship between T’Challa and his sister.

Speaking of Shuri, we should not pass over the fact that T’Challa’s closest advisors and confidants in this film are women, strong female characters that make up the backbone of his government. This is a subtle triumph for the writers that does a great deal to contribute to the strength of the film as a whole.

Interestingly, Everett Ross’ character  truly comes into his own here as we continue to see hints of the as-yet-unrealized fallout from Civil War. Their paths cross as T’Challa’s adventures in the beginning of the film are more like an espionage adventure than a super-hero one. This initially felt slightly out of place, but the director ultimately made it work.

The film offers a powerful social commentary, as well, perhaps the most powerful we’ve seen in a Marvel film since Captain America: The Winter Soldier. The fear of having one’s country legally taken over by an unstable dictator is very real (and oh-so-relevant today). The recognition that violence doesn’t solve this problem, but rather does working to strengthen the system, is equally apropos, and needs to be said to as wide an audience as possible.

The Black Panther is not a costumed hero, at least not yet. He is a warrior attempting to protect those he loves, a leader attempting to make atonement for the past sins of his country.  He sees the wisdom of using violence only as a last resort, and sees the humanity that connects us all. This is possibly T’Challa’s most heroic trait.

In the end, the Black Panther extends Wakanda’s hand, recognizing the folly of not helping others in need when one has the power to do so.  Wakanda coming out of isolation will have a profound impact on the Marvel Universe, and I’m fascinated to see exactly what that impact will be.

Black Panther is a celebration of African culture, and an exploration of what that means. I can’t pretend to understand that, but I think that I am closer to understanding it after seeing this film. Every actor gives a stunning performance here, building on top of a strong screenplay. This is quite possibly the best movie that Marvel has made so far, certainly a relief after the disaster that was Ragnarok. Here is a Silver Age hero brought to the screen as a new type of character for the cinematic universe, taking us in a very different direction. T’Challa will play an important role in the future of the Marvel Cinematic Universe.  I can’t wait to see what that role will be. This film is not to be missed.