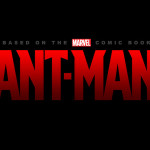 Each time a super-hero team arrives on the big screen, the “starting lineup,” as it were, tends to differ a bit from the comic literature. The reasons for this are various, but it generally works if you have the right casting. Even serious purists would be hesitant to denounce a film based upon the starting lineup differences, I would think, partly because we’ve just come to accept it at this point.

To that end, the Avengers cinematic canon is no different. While there are certain characters that really had to be included in the beginning (it’s pretty difficult to have the Avengers without Captain America), there are others who are mixed in early even though they appeared later in the comics (like the Black Widow…not that I’m complaining), while others are omitted (at least we finally got Mockingbird in Agents of SHIELD).

So, I’ve been wondering when the Ant-Man would make his cinematic appearance. I didn’t really ever think it was a question of whether or not he would, as Ant-Man is a founding member of the Avengers in comic history…I was just waiting, and was pleasantly surprised to see that this is how Marvel Studios decided to wrap Phase 2 (originally this was the launch of Phase 3, but is now considered the end of Phase 2 as Marvel once again has the rights to Spider-Man…and will hopefully redeem the Friendly Neighborhood hero from a history of films that we’d rather forget. But, that’s for another post entirely).

I’ll preface this up front by saying that I’m not a huge fan of Paul Rudd as an actor. That’s not to say that he doesn’t deliver in this role, because he does, at least for the most part. There’s just something that he brings to his performances that tends to detract from the character for me.

There have been multiple Ant-Men in Marvel history, several heroes having donned the costume, and several more have derived their abilities from the Pym Particle. So, while you might see Ant-Man on the surface and think something to the effect of, “how quaint,” know that his history is deep and extremely influential in the Marvel universe. We’re introduced to Scott Lang’s Ant-Man here, and Marvel has written the screenplay to follow the comic story arc very closely, something that I was very happy to see (significant liberties with the Wasp notwithstanding). They have also done an excellent job of connecting the plot to the larger canon of films by re-telling Dr. Pym’s adventures as Ant-Man during the war, which is very thorough, and something that the writers of all the Marvel films have done such an excellent job of handling since we first saw Iron Man so many years ago. Where the screenplay does depart from the historical arc is with Hope, the daughter of Dr. Pym, and the story of the Wasp. Still, they’ve introduced the character (also a founding member of the Avengers in the literature) strongly, as she deserved, and I can’t wait to see what they do with her in the future.

I really appreciate how Ant-Man is not portrayed as a small, or secondary, character. He’s a powerful hero, and he’s a motivated hero. Scott Lang’s story is closer to us than any hero that we’ve encountered so far from Marvel in many ways, because his is a story of redemption from some tragically poor choices. His redemption isn’t motivated even for his own best interest, but for that of his daughter. This makes Lang more of an everyman character for the audience, displaying a part of the nature of a hero that has proven elusive in many of the other characters in the Avengers universe. There is a lot that has been, and can be, done with this character, and Marvel has now made it clear that they intend to fulfill that potential.

Where Ant-Man falls short is in what Rudd brings to the role…overly and awkwardly comedic instances that feel injected arbitrarily in the story, either by poor improv or bad directorial choices, and that broke my suspension of disbelief on at least three occasions. This is not creative comedy (like Guardians of the Galaxy), but an offbeat, disingenuous sort of addition that was unmerited. Disappointing, but not enough to detract from the movie as a whole.

The climactic battle of the film smacked more that a little of the first Iron Man, something I doubt was intentional as much as it was in need of more inventive possibilities. I think that this un-necessary attempt to replay the first Iron Man…a correlation which leaped out to me twice while in the theatre… is the other disappointment for me. I almost feel as though Peyton Reed was uncertain in his directing, and borrowed more heavily than needed from the established history.

Ant-Man is decidedly different from the Avengers films so far, which is good, because it will introduce a new dynamic into the team in the future (the interaction between Ant-Man and the Falcon is excellent). While weaker than the other movies, this is still a solid offering and one worth seeing and having in your collection. Stay for the hidden endings…there are two of them…and see if you concur that Ant-Man is a good 3.5 star movie.