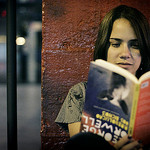 You remember what it was like, right? Those high school English classes? The days on which the papers that you had submitted the week before were returned to you, and you found them full of red ink conveying comments and criticisms, some of which just stung, along with the circled grade at the top?

The red ink phenomenon became worse, or course, in college, when professors, as we humorously turned the phrase, “bled all over” our papers. The comments and criticisms became more helpful, and more full of sting.

As I moved from writing papers to writing articles and op-ed pieces, the red ink from my professors paled in comparison to the red ink from my editors. Although the red markings had become digital by grad school, the sting had increased exponentially. In every case, though, the sting was a good thing, because, when heeded, it made me a better writer, a better thinker.

In the interest of putting what you’ve learned into practice, I gave my share of red ink, as well. Classmates frequently asked me to edit their papers before submitting them, and this even became a service that I offered as a freelancer for a while. The comment markup in the word processing document was not ink, but it was still red. Well, sort of. Something for which I was notoriously picky was grammar.

Rightfully so, of course. Submit a paper in grad school with grammatical errors, and your grade will suffer a harsh fate. This mentality, I think, is justified at this level of academic work. The care with which you craft the language of your argument is indicative of the care with which you pursue your discipline.While everyone is only human and prone to mistakes, typos just simply shouldn’t make it “into the wild” beyond a certain level.

So, what, I wonder, is that level?

I read a lot of blogs. Over the last three days, I’ve counted no less than four posts…one of which was about writing good web copy…that contained painfully obvious typographical errors and mis-spellings. Egregious oversights, such as missing articles and incorrect tense, peppered across posts that were on their way to making good points otherwise. These sorts of errors are severely distracting to me, to the level that I find it difficult to stay on track with the thesis of the post. I find myself distrustful of the writer’s competency in the subject matter, their reputation failing in my mind. After all, if one’s educational level is such as to permit such careless handling of the language in which one writes, how competent can one be in any chosen field? This isn’t some kind of advanced philosophy…this is basic language arts.

However, while I’ve witnessed first-hand how aggressively reading and writing skills are tossed aside in the public education system, I don’t think that my admittedly (and unfortunately) snobbish knee-jerk reaction is accurate in most cases (I’m working on the snobbish part). I think that, more often than not, what I’m seeing is the result of a lack of time.

To pay attention to these sorts of things, time, quiet, and presence in what you’re doing are all required to focus. That time is so fleeting to us now, flies so quickly from our grasp as we struggle to divide our attentions in so many different directions. Add to this what studies have suggested…that time to let the imagination meander with no external stimuli demanding action is necessary for the creative process…and the pressure to keep an editorial calendar full of content for blogs and other digital media easily becomes counter-intuitive for the writer. When we rush a process, the point of diminished returns makes itself apparent even more quickly, and the quality of everything suffers.

The result is that these sorts of simple typographical mistakes are either accepted as commonplace, or, even more frightening, not even noticed by most readers.

Even more frightening than that is the idea that most editors miss them. If those tasked with distributing the red ink are too rushed to do so well, how do any of us get any better?

Slowing down makes every project better, and time without producing anything is of insurmountable importance to the creative person. I’m really concerned that we’ve lost sight of both of these truths as we’ve succumbed to the lie that time is money.

As much as it stings…I think that we could all use a bit more red ink in our lives.