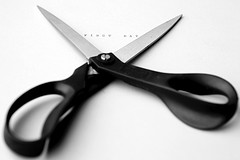 I heard a story on Monday morning listening to the BBC in the car. Of course, I can’t find it anywhere, now, but the story sparked a strong reaction from me. The story was an interview with an editor that makes his life’s work of abridging fiction, most notably the classics. His stated reason for doing this during the interview was because attention spans in our culture are decreasing rapidly, seeming to infer that most people don’t have the patience or motivation to read a full length literary novel.

My knee-jerk reaction was not a pleasant one.

Now, a more thought-out response. Abridging is nothing new in the world of fiction. I don’t read abridged fiction in written form, but I occasionally read it in audio form. Whenever we travel by car, Karen and I listen to audiobooks. Depending on the nature of the trip, and on the genre, I haven’t been opposed to buying abridged audio versions. Typically, though, these are genre novels, not literary novels. Sometimes, though, I’m amazed at just how condensed the books are, and sometimes the abridged novels accomplish what an editor seems to have missed the opportunity to accomplish.

We’ve all read books in which the author became a bit verbose in descriptions of mundane details…books in which we find ourselves thinking, “was it really necessary to know the full and minute details of every meal that character ate in a week?” Worse, when you read this during a murder mystery, you find yourself taking copious notes of minutiae in case it becomes a critical factor in determining “whodunit,” only to find out that these facts had nothing to do with the story.

I’m all about character development, but every author makes the mistake of spending too much time describing some things, and not enough time describing others. Sometimes that makes it into the book.    Larsson, for example, strays a bit into verbose-ness in the Millenium trilogy. To give an example of the unabridged vs. the abridged versions of Larsson’s work: the abridged audio version of The Girl with the Dragon Tattoo weighs in at just under 8 hours; the unabridged version of The Girl who Played with Fire was nearly 19 hours of audio.

So, perhaps I’m being verbose in saying all that, but I’m pointing out that abridging fiction isn’t necessarily a bad thing.

I think the issue is motivation. To abridge a novel, especially a classic work of fiction, because the attention span of the average individual is too short to handle reading a full length novel, is problematic. The reason is because it is catering to the symptoms of a problem…adapting to a dysfunction…rather than working to solve the problem, to address it. The fact that the average person doesn’t read a book for pleasure in a year, or that their fractured attention span won’t permit them to focus on anything more than the length of the average Twitter update, is an issue that needs to be solved.

Which leaves us with two possible alternatives at a basic level: admit that stunted attention spans is a problem that needs to be addressed, or pretend that its acceptable instead of wrong and re-adjust our lives around it.

So, I could abridge my post here by saying that hacking up works of classic fiction in order to cater to the psychological trauma done to the average reader by a media-saturated culture is wrong. Classic literary authors are considered such for a reason. Their works were crafted the way they exist for a reason. To cut appendages off of them because we in our judgement deem them “too long” is tragic. Those texts, which frequently have been foundational to our culture, deserve more respect than to carve them into pieces.

Just so we can multi-task better while saying we’ve read them.

140-character thoughts have their place. So do 50,000 word ideas. We need to be able to engage, and appreciate, both.