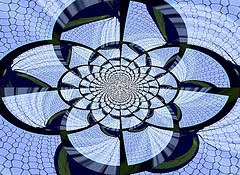 The onset of Spring in the American Southeast brings about phenomenal amounts of pollen and allergens to which my system has an extremely adverse reaction. That reaction began Thursday night and reached an apex by Sunday morning, at which point I was sleeping only with the assistance of symptom reliever and way too sick to leave the apartment. That being the case, the only logical thing to do was to engage in the equivalent of what Saturday morning cartoons used to be. I logged into Netflix, browsed the animated streaming options, and settled on Batman vs. Dracula.

Long time readers here will find it no surprise that I find inspiration in the mythology of Batman. When I need a writing exercise to get my creative juices flowing, I have been known to engage in writing my own adventures for the Dark Night Detective (good luck with me ever getting those published). In this  movie, Batman relies on science and chemistry to defeat the king of vampires. One of the characters in the movie even comments on how Bruce Wayne’s desire to save the world through his science and charitable foundations is of no surprise. A sort of triumph of man’s ingenuity over supernatural evil; we have the brains, and with them, we can overcome anything that rises against us.

After the movie finished, I was amused a bit at how a very well-animated artistic venture lauded scientific achievement so much, when the two of them seem so diametrically opposed.

Except they’re really not. I recently read Nathaniel Hawthorne’s The Artist of the Beautiful, a short story in which the protagonist creates a piece of art that is nearly indescribable in both its beauty and its fragility. The protagonist is a watchmaker, and has built his artistic creation through scientific and mechanical means. There’s an unmistakeable message in the story about forgoing beauty and creativity in favor of the mechanical and utilitarian, and yet the artist creates using scientific and mechanical craftsmanship.

The time period in which Hawthorne wrote this piece was prior to science coming into its own as the discipline we know it to be. Natural philosophy was dominant at that time, and the artificial compartmentalization of disciplines had not really come into its own yet. Science, philosophy, and art were all seen as equals, and rightly so, because all involve elements of the other at some level.

My background in theatre began largely as a designer and technician. As such, my mathematics deficiencies always left me with extra hurdles to overcome in my designs, because, while I grasp technology intuitively, there is a scientific component, not to mention a mathematical component, to the lighting and sound and scenic design processes of theatre. Likewise, graphic designers and animators (like those who animated the Batman adventure I watched this morning, I’m sure) utilize both of these in their work, as do many other creative professionals and artists.

Wouldn’t it be great if we were less confined by arbitrary boxes of this-or-that specialization, or even this-or-that field? If specific degrees were no longer required to be considered proficient in certain areas, or even if we recognized what valuable contributions individuals with educational backgrounds outside of their fields could bring? If we appreciated the craftsmanship that is involved in artistry, and vice versa?

In short, if we just stopped defining things so narrowly. Doing so inhibits many from succeeding…or at least makes is substantially more difficult for them to do so.

I have an article in this week’s Catapult Magazine discussing the pitfalls of art in an “entertainment industry.” Let me know what you think!

I’m having a first in my blogging life this week. I’ve been challenged to a meme.

As you might guess, this really isn’t my style, but since it’s my friend Renee who has issued the challenge, I’ll have a go at it. Besides, I’m all about positivity, as we know.

(You do know that…right?)

So, as per Renee’s challenge, here we go with five of my favorite things.

1. Coffee. I consider myself a bit of connoisseur, you know. Freshly roasted, freshly ground, and pressed in the morning…the rest of my day depends on a good cup of coffee.

2. Science fiction. I grew up as a sci-fi nerd, and that hasn’t changed. From Space Ghost to Dollhouse, I’m a sucker for a well-imagined and well-visualized story.

4. Music. I’m not a happy man without music. I have a particular weakness for jazz.

So, there you have it, things that I like. Hopefully things that point beyond themselves to something else, at least in three out of the five cases…you know, signs and symbols and all that.

An unusual post for me, but perhaps one that will illicit some interesting responses if I ask you: what gets you through your day? What are some of your favorite things? My comment chain is yours.