Who knew this little guy could change the atmosphere so much?

I seem to be getting these calls a lot lately.

Its been just over a year since I attended the funeral of my grandmother. I still mourn her periodically, still stumble across an old photo or something that reminds me of her. Karen and I brought home a box of old photos and various items, such as a tea set, that had belonged to my grandmother, as late as this Christmas. I love having those things by which to remember her, but it amazes me in way that we are still dealing with the aftermath of her passing this recently.

I remember the last Christmas that my grandmother was home before moving to the hospital where she would finish her physical life. I’m sort of the unofficial family videographer, and somehow just knowing that that would her last Christmas at home, I remember taking extra care with the Holiday video project that year. Because I just knew.

This Christmas, I was in the same hospital visiting my paternal aunt. And, again, I took video carefully, because I just knew.  I was right. I received the call this weekend that she had passed.

Once annually is entirely too often to receive these phone calls. Granted, neither my grandmother’s or my aunt’s passing was a surprise. Neither will be my paternal grandparents’, which I fear will happen all too soon. Realistically, I think it will be within a year from today that I receive another phone call telling me that one of them is no longer here. And again I will travel for a funeral, and again deal with the aftermath.

When I consider that I’m 35, its not unusual for their generation to be moving on. What is most difficult about this, however, is that it leaves me with this unmistakable aftertaste of mortality. Several years ago, I slipped away from work for a little while to sit down with my father at a local fast food restaurant. That was the first time I remember realizing how much like my grandfather he was beginning to look…the first time I remember his appearing vulnerable instead of superhuman. This was my dad! He was the one who fixed my childhood toys when they were broken, and brought in wood for the stove during the winter! He had been Superman my entire life, but now we sat in a restaurant and the fact that he walked with a cane impacted me with a realization I hadn’t previously experienced.

The passing of my older family members, while difficult, is ultimately made easier by my faith, and the knowledge that their parting from me is merely a parting from this physical plane, and will not be permanent. I’m learning how to grieve and mourn in a healthy way, and I will get better at coping with temporary loss each time it occurs. What is most discomforting, however, is the realization of reality that one day, perhaps a couple of decades or so from now as Karen and I will likely be seeing our future children off to college, it will be my parents whose passing I will mourn. I still cannot grasp life without them. Perhaps I will eventually learn by their example as they cope with that very event.

As if all of this wasn’t morbid enough, though, there are other calls that are worse. My wife received one of those this week, notifying her that the wife of one of her grad school classmates had been involved in a head-on collision in which she was a fatality. All too sudden, all too soon.

Don’t get me wrong, I’m not questioning why. I don’t think I’m entitled to an answer. I’m just learning that this is a part of life with which I must contend. I’ve experienced it before, but lately it seems as though it is becoming alarmingly frequent. I wonder if there will always be periods where loss will occur with this frequency…a sort of ebb and flow of an experience of mortality that makes me stop to appreciate the life I’m experiencing today. So poignant is this realization that it causes me to want to stop complaining about things that bother me, to stop concerning myself over something as trite as mechanical problems with a car or the expense of our power bill.  Those things just aren’t important in life.

Let’s not throw it away.

There was always that one person in your class that ruined it for everyone else. You know, the one who took advantage of a privilege that the class had been given, and abused it, and thus everyone lost said privilege. Of course, classrooms are monarchies, and that is the price for abusing the monarch’s trust.

Even worse is the occurrence of a similar phenomenon outside of a monarchical setting, when someone with poor taste or no common sense abuses the freedom due all men and women, and governments become involved with all of their bureaucracies and laws. And, as we know, once the bureaucracies become involved, common sense takes its leave.
That’s what I think has happened with an Italian court’s ruling that executives from Google are criminally responsible for permitting a video to be uploaded to a Google video service (a predecessor to YouTube) that involved the bullying of a disabled youth. Google claims to have removed the offending video within two hours of receiving an official complaint, but certain executives are nonetheless guilty of breaching what the Italian judge apparently felt is a legal duty to filter out such content before it is was permitted to be viewable on their video hosting engine (the actual conviction was for violating privacy laws).

As this op-ed piece from CNN aptly articulates, this is where Americans have become used to our freedom of speech. The expectation of this Italian judge is just as ludicrous as the offending video was (apparently…I didn’t view it) reprehensible. Google provides a medium for content to be posted and opinions to be expressed. They cannot be held responsible for the content posted to their medium, and cannot be expected to pre-approve every video or blog post that is uploaded to their services. Neither can any other video host or blog engine. Google acted responsibly to remove the video once notified, as they should have. However, they are no more responsible for the video that ignorant and uncultured bullies posted than they would be if I went on some complaining tirade against government policies in this blog (I think that’s still legal). I am responsible for what I write, not Blogger. The persons filming their depraved acts and posting them are responsible for their video, not Google or YouTube. America has a law known as Section 230. This leads to what Jeff Jarvis refers to as the “lowest common denominator” endangering the Internet for all  of us. The worst conceived ruling makes it too dangerous for any social network, blog host, or other platform to take the legal or financial risk of permitting users such as you and I to post anything to their services. Thus, freedom of speech is crippled if not dead, and with it freedom of inquiry, freedom of thought, and artistic expression. This leads to further social depravity, and does not move us forward.

The Internet has become so indispensable to the social development, global awareness, and business functions of the world that it is very nearly a right of every human being to have access (your local library likely provides access to the Internet free of charge alongside the world’s literature). Short-sighted rulings like this one from Italy seem to be a way to strike back blindly to find recompense for the wrong done to an individual, without stopping to consider the damage that can be done with such large brushstrokes.

Such is life in a world with attorneys. Permit me to say, if I might be so bold, that making something illegal doesn’t always fix the problem. And, sometimes, it leaves a bigger problem in its wake. 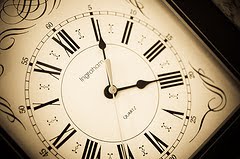 You know how sometimes things seem to work in a series? Like, when you start reading about a topic…or even start reading a genre…and suddenly you’re seeing it pop up everywhere?

I recently finished reading a fantastic fictional account of the life of Dietrich Bonhoeffer called Saints and Villains. For readers unfamiliar with Bonhoeffer’s life, he was a theologian in Nazi Germany that was killed by the Gestapo for being part of the assassination plot against Hitler. For a while, it seemed, I encountered discussion about this period in history everywhere, in magazines and websites and even professional journal articles, for weeks.

I started a new book tonight, a non-fiction history of the Antwerp diamond heist of 2003. I intentionally try to outweigh my nonfiction reading with fiction, but this looked interesting, and I’m trying to heed a friend’s advice to always be reading one of each at any given time. Even there, however, I’m much less likely to read historical material, fiction or nonfiction. But, this is a trend I’ve broken with two consecutive books now. Hmmm…

I’ve never considered myself any sort of student of history, no more conversant than anyone else who took the required World Cultures courses during their undergrad days. I listened in high school history classes, and I like to think I have a working knowledge, although I’m often surprised at what I’ve forgotten. I just don’t frequently read historical material…I’m much more apt to watch a documentary film on a subject, instead.

Perhaps I should be embarrassed to say this, though. There’s certainly enough of revisionist history being taught, and apparently there’s more than enough naive and impressionable people to believe it. Going along with recent readings, I think immediately of those who would deny that the Holocaust occurred. I think of those who distorted America’s recent “war effort” by use of media smoke and mirrors. I think of how infrequently the fact that the U.S. built our own “internment camps” for those of Japanese ancestry is taught in the public classroom.

I feel like it sounds trite to use the Santayanan quote that “those who cannot remember the past are condemned to repeat it.” I have to say it, though, in order to point out the irony that we can’t forget what we’ve never learned. Education involves teaching all sides of everything…including the unpopular aspects. Otherwise we will cyclically repeat the darkest parts of our pasts, collectively and individually, and remain in the underbelly of our human condition, instead rising above our pasts.

That’s why we must be on guard to defend the art of storytelling…and the discipline of storytelling…from succumbing to a diet of pop-culture consumption. Our stories hold our history, and our history holds us, because we are, at some level, made up of where we’ve been.