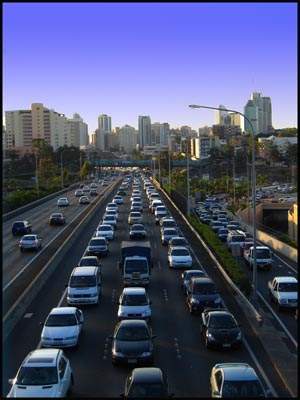 Did somebody need a nap?

This morning I read about this nasty little road rage incident in which a Canadian ex-politico was ultimately charged in the death of a bicycle rider that he allegedly drug from his car onto sidewalks and other sordid travels until the rider eventually fell off into the street after being struck against a mailbox.

And that, ladies and gents, is what we call a disproportionate response.

In all seriousness…in the seriousness that this atrocity deserves, I hope…I’m more than a little concerned that the Times would refer to this incident as “road rage.” Granted, road rage has earned its place in both legal and psychological vernacular as it has become common worldwide. The more appropriate terminology here, however, is murder, don’t you think? Intentionality or un-intentionality, or the presence or lack of premeditation, may alter the legal nuance of the act, but, at the end of the day, one human being took the life of another, something none of us have a right to do.

I’ll try to eschew an attempt to diagnose or theologically label this sort of behavior, as it goes by different names in different realms. What I think we may be seeing, however, is a consistent difficulty seeing fellow human beings as human once we’re caged in the metal frame of a motor vehicle. I jokingly claim that the average Virginian loses about 10 IQ points upon seating themselves behind the wheel of a car, but, in all seriousness, I think we begin to have our perception of each other distorted while driving, to see each other as less than human, as nameless causes of our inconvenience, as the proverbial straw breaking the back of our day’s camel.

I’m not the first to come up with this idea. Although I (of course) cannot find the article for the life of me now, another writer recently hypothesized that walking is not only a more environmentally friendly solution than driving, but also a more humane solution, as, seeing each other as people sharing a common space with ourselves, we are significantly less likely to enact some sort of twisted revenge for their act of frustration, fear, or other momentary lapse of reason. While I discover upon an examination of my own obligations and geographic location that no longer driving would transform my life into one of unemployed dysfunction (and I live in a city…this would be even more the case for rural dwellers), thus recognizing that we can’t leave the automobile behind us, I think there is much to the suggestion for us to meditate on. Our morning commutes should be marked by the realization that those are other people…mothers, daughters, brothers, fathers, sons, and sisters…behind the wheels of the automobiles whizzing by us. They are also late, stressed, overwhelmed, and frustrated, just like us. They are as imperfect as us, and thus make mistakes and have accidents (they’re called “accidents” for a reason). There is a short distance between giving the one-finger salute (of which I’m certainly guilty) and letting a brief fantasy of revenge take over. I wonder, when that fantasy takes place, if any of us are far from doing what this Canadian man did to his fellow human being? There are repercussions for that bicyclist’s death throughout many lives, an earth-shattering grief that exponentially outweighs the momentary frustration experienced in traffic. Yet, somehow, in the heat of the moment, with our guards down, something as trite as a lane change without a signal can become worthy of that grief for us.

Each day we are faced with repeated opportunities to make the choice of either giving life, or taking it. We can’t afford even the momentary consideration of taking that life, physically, spiritually, or emotionally. To do so leaves us all too close to the same atrocity that occurred in Ottawa on Monday.

I don’t want to get that close. Do you?