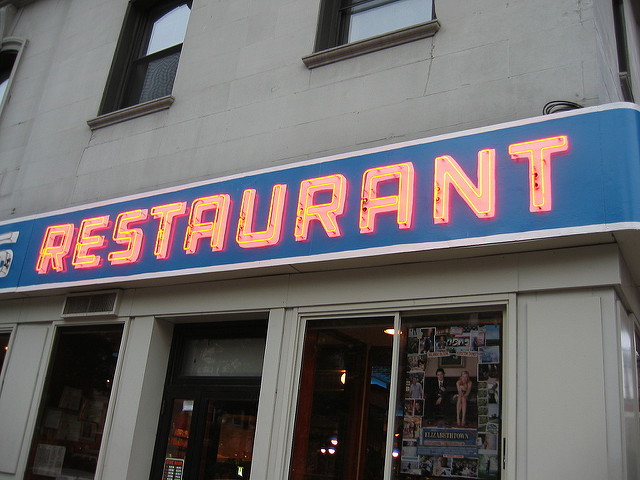 When Karen and I moved into our current apartment, we reversed a decision that we had made only a couple of months into our marriage: we purchased cable. The reason was not actually that we wanted to, but that we received a better deal on our Internet package by doing so. For the first several weeks, we did nothing with it. Eventually, however, I connected the equipment, because why pay for something and not use it?

This decision has met with mixed results, but occasionally there is good. Stumbling onto occasional Seinfeld re-runs when staying up late is one of those unexpected positives.

I was enjoying one of those late night positive Seinfeld experiences last week. The episode centered it’s comedic digression around Elaine using a wake-up call service. Essentially, she paid someone to call her at a given time each morning and wake her up with conversation instead of an alarm clock.

Does this sound familiar? The premise might, if you’ve been around long enough. We used to do this at hotels, and you’ll still see it occurring in movies that we might now refer to as “classic.” When was the last time that you requested a wake-up call at a hotel, though? Some readers may see this as a completely foreign concept, something that they had never done. We have no need of this now, after all. We carry our alarms with us, in the personal computers in our pockets, likely also using them to track our sleep patterns while we’re at it. After all, health is important.

I think that the wake-up call service depicted in this episode of Seinfeld would have been a “disruptive” industry then, similar to ride-sharing now. Similarly, I know people to whom calling a cab is an alien idea, for whom “Uber” is a verb. Indeed, in the episode in question, Elaine be-friended her wake-up caller, and I often strike up friendly conversations with my Lyft drivers. These aren’t far apart, and these sorts of cultural changes are often a good thing. Of course, conversely, the wake-up call service also assumed a landline telephone, considered a concept of antiquity in many homes today.

For all of the excitement that accompanied my first mobile phone (a huge bag phone in my car that required an external antenna mounted on the back glass), I also remember the gift of my first landline telephone to connect in my high school bedroom. It was bright red. I remember calling friends. I remember using a post-it note to keep the request number of the local radio station next to the phone.

I also remember using physical maps and directions written on scrap paper to navigate long road trips to places I had never before seen, and wonder today if that part of my brain has atrophied, as the idea of asking for directions doesn’t even occur to me. I simply reach for my phone.

I read a post recently in which the author expressed longing for the days when we discovered blogs organically instead of by social media algorithms. I miss those days, too. I miss a different era more, though. This was an era of landline phones and computers that were luxury items instead of necessities. An era in which we thought about things before shouting them out, in which getting from one place to another required intentionality, not whimsical abandon. An era in which we looked for the thoughts with which we wanted to engage, and were not willing to have others make those choices for us.

This was a Seinfeld sort of era, a radically modern era at the time, too quickly left behind in our frantic scramble for the next new thing.

It’s one to which we can never return.

“The frantic abolition of all distance brings no nearness.” Heidegger, “Poetry, Language, and Thought” p. 163