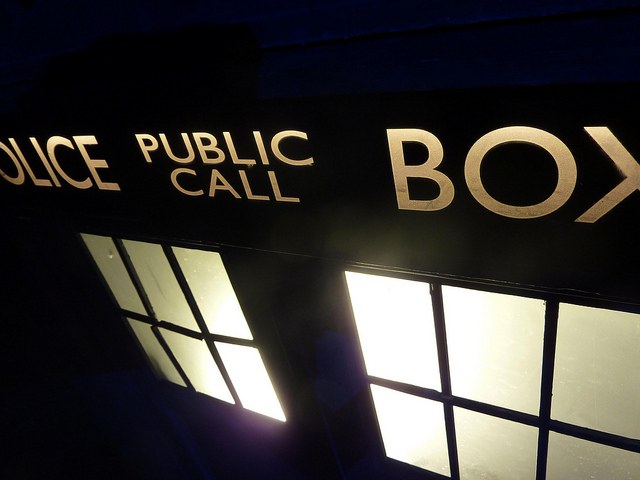 As a rule, “gender-swapping” characters really annoys me. Marvel comics has been the worst about it of late, finding annoying ways to make characters like Thor and Wolverine female, and then wondering why they aren’t playing well with audiences. Surely audiences want strong female characters, right? As someone with two daughters (one of whom loves Wonder Woman), I can answer resoundingly yes, but re-purposing a male character into a female character does not a strong female character make. Rather, it shows a complete lack of creativity and belies the heavy hands of marketers relying more on their data than on common sense and dedication to the art or the medium.

I grew up with Dr. Who. My family watched it on PBS every Saturday night for as long as I can remember. The recent announcement that the Doctor will be regenerating as woman (while it was set up sloppily in the dialogue of this most recent, poorly-written season) makes sense to me, though. Is that symptomatic of a cognitive dissonance on my part? Not really. I actually think these examples are two entirely different things.

The Doctor was an ingenious character when written decades ago in what is now referred to as the “classic” series, in that a Time Lord‘s regenerations make him infinitely adaptable. Subtle quirks and personality shifts in each regeneration make for endless possibilities. The Doctor (or any other Time Lord) remains who he is at his core, but is a slightly different person each time, accompanied by a completely different physical appearance with each regeneration (although, to be fair, David Tenant and Matt Smith always looked remarkably similar to me, but I digress). The key to what this imaginative, fantastic twist to the world-building accomplishes is the perpetual opportunity for a writer to explore “what if,” to ask what it would look like for this character to have a different set of personality traits while still drawing on the experiences of being impossibly old, to show us what would be different if this character were an old man or a young Millennial. There are a nearly infinite number of possibilities in the Doctor, and this has made Dr. Who one of the most original concepts in science fiction, as well as one of the most enduring.

So, if the Doctor can regenerate from young to old, why not regenerate as a woman? This sort of just makes sense, as a Time Lord (and pardon my descent into geekery here) is essentially a shape-shifter at the time of his or her regeneration. The writers have even more possibilities to explore now as they can enter into the question of what a feminine dynamic will bring to the character. We’ve seen something similar done creatively (if not explicitly) in good science fiction before, after all. The character of Dax in Star Trek: Deep Space Nine springs to mind.

These sorts of spins are the result of creative pursuits of the story, not poor editorial direction, as is the case with Marvel’s recent gender swaps.

My point is that, if the writer’s intention is to create a strong female hero or protagonist (something more of which our literary landscape desperately needs), then do just that: write a new character. The genius of the Doctor is that he now has the ability to be an example of how this is done well, while drawing on decades of other great writing to build upon.

My hope is that this will be approached as creatively as the BBC has time and again displayed it’s ability to accomplish, with the notable exception of the tragically poor writing of this most recent season. I say that this is my hope because if this decision is reduced in practice to merely a gender-equality move…more “girl power,” as it were…then it won’t work. It will last perhaps a season, and be remembered as an ill-fated blip in the history of the Doctor.

If, however, it is left alone…if the story is served and the creative legacy of Dr. Who honored…then these nuances will occur naturally, and we’ll be left with an even richer speculative universe, asking all of the questions about ourselves that such a universe brings. 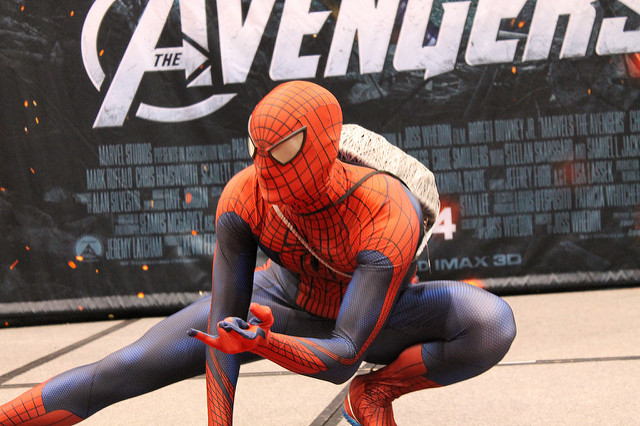 In the Marvel comics universe, you really don’t get much more iconic a character than Spider-Man. He is simply the character that most people think of when they think of the Marvel universe, as though the two are synonymous in many ways. His web-slinging heroism through the streets of New York City made for a solid cornerstone of my comics reading as a child. However huge and unpredictable were the adventures of the X-Men or the Avengers, Spider-Man was grounded, a street-level hero who helped the everyday urbanite in his time of greatest need.

That’s what the Marvel cinematic universe has captured correctly about Spider-Man since the legalities were worked out for him to appear in what is now the canonical set of films (and a relief, as true fans just sort of pretend that his most recent two big screen adventures didn’t happen), from his first appearance in Civil War when he tells Tony Stark that he’s “looking out for the little guy.” I was thrilled to finally see Peter Parker alongside his fellow heroes, and entered this movie with a lot of excitement.

Let me say up front that I really appreciate that this was not yet another re-telling of his origin story. However, the challenge of not having Spider-Man’s (or any other character’s) origin story up front is maintaining that character without it, working with the assumption that the audience knows as much as the writers about what events made the character who he or she is. Now, with a character this popular, that’s a fairly safe bet. Still, without even a reference to Uncle Ben in this slightly-over-two-hours film, it’s difficult to have solid footing for Peter’s motivations as we suspend our disbelief. Has Uncle Ben’s death even happened in this universe? Although it is difficult to grasp Spider-Man without that crucial event, we’re just not certain. Peter’s heroic nature was set up well in Civil War:

“When you can do the things that I can, but you don’t, and then the bad things happen, they happen because of you.”

Still, we’re lacking what is arguably the most important motivator of his character without even a reference to the events leading to his uncle’s death.

This version of Spider-Man, though, is obviously keeping in line with more modern writings of the character than the classic stories that many of us remember, which is fine, and is staying true to the Civil War story arc in which Tony equips Peter with a lot of cool gadgets, which completely works given where in the storyline he has entered. While the cool gadgets are a really fun addition to the story, though, the “insta-kill” in his costume feels like comic relief that is forced too much to be in character (keeping in mind that we saw Tony Stark order JARVIS to “terminate with extreme prejudice” in Iron Man 3, but that also felt questionable for his character).

This film, incidentally, is a great continuation of the development of Tony Stark, keeping with lessons learned from Iron Man 3 (“If you’re nothing without the suit…”), as well as from Civil War, as he carries the burden of what could befall Peter during his adventures heavily. This adds Marvel’s signature continuity to the arc.

Let’s not get distracted, though. This is Spider-Man’s story, and it feels like his story as a YA novel. I say this because the coming-of-age theme is inescapable, and, as Peter deals (in well-written form) with the struggles of every high school student to fit in and date the popular girl, we see the Avengers through a teenager’s eyes…an teenager intoxicated with possibility as Peter deals with his budding perception of a hero as being a member of this larger-than-life organization. We watch him discover and begin to live out the true nature of his heroism, placing others before himself, and dealing with turmoil and disappointment as his heroism must seemingly always prevent him from living the normal life that any teenager wishes they could have (homecoming dances, after all, bring back all sorts of memories for most of us). In that sense, this movie was successful in bringing our friendly-neighborhood hero into his own.

We don’t arrive there without some issues, however. First off, notably absent through the film is Peter’s spider-sense. The story would have been better served avoiding some of the technology and focusing on this, a central of part of Spider-Man’s abilities.

Secondly, something that Marvel has not always done well in it’s films is allowing the villains to live up to their evil natures. We see that in this movie, as well. While this is a really interesting take on the Vulture (and Keaton turns in an excellent performance, here), the Shocker is flippantly introduced and dismissed. Short-changing the villain ultimately hurts the story, and beginning with only a single villain from Spider-Man’s rogues gallery would have been more than sufficient.

Perhaps this is more an issue of personal taste, but this movie is quite funny, as comedic as was Guardians of the Galaxy 2 and as Thor: Ragnarok promises to be. I wonder if it too much so, if Marvel’s tone has become too light-hearted in compensation of the necessary weight of Civil War. Time will tell.

As we end with Peter’s decision to stay grounded, I think we’re seeing a great balance being emphasized in the Marvel canon…moving away from the “larger than life” heroes, and (especially with the Netflix offerings) seeing the heroes who are closer to what most of us would encounter. Peter Parker is content to be the friendly-neighborhood hero, having grown to see this as just as valuable as being part of a globally-recognized team of adventurers. He chooses to not be global and famous, but instead to keep watching over the city he knows best, to watch out for the little guy.

And that, perhaps, is his most heroic choice.