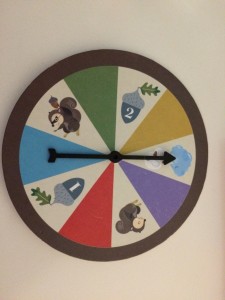 When I was in middle school, I was (and this will not exactly take you by surprise) a bit of a nerd, not exactly popular in social circles. My best friend was three grade levels older than me, and also not exactly the most socially mobile. We partook of the sorts of things that you might guess, perhaps stereotypically, would interest us…Dungeons and Dragons, chess, fantasy and science fiction novels, and all of the imaginative escapism that went along with them. The issue was that, being older and more experienced at things, my friend nearly always won every game that we played, and I was still immature enough that this really bothered me.

Our families were both heavily involved in the same faith community, and that was the beginning of the age in which the youth group was a heavily prioritized aspect of church culture. I remember one evening in which some church function was occurring, and we were the oldest youth group members present. While the adults had dinner and talked about…boring adult things…and the younger children played games appropriate to their ages, my friend and I were playing a board game. I couldn’t tell you which one (although we were particularly given to Axis and Allies at the time). I was losing, and so I took the opportunity to alter the odds in my favor when my friend wasn’t looking. I just wanted a chance, after all, and was quite tired of losing. He, of course, noticed immediately upon returning his attention to the game, and things erupted into a quarrel.

I only remember two other incidents in which I cheated on something, both involving quizzes and spread between my late middle school and early high school careers. The point is, the older I became, the less palatable cheating became to me. The same faith in which I was participating the night that I cheated on that board game necessitates that truth is more important, that cheating is (as much as this would frustrate my friends ascribing to a philosophical post-modernism) wrong.

Our daughter is old enough that she is beginning to grasp board games more effectively. On the evening that I write this, she and I were playing a simple game involving spinning an arrow and placing plastic acorns into cardboard tree stumps…you get the idea. Of course, one of the options that the arrow can land on with each spin is the “you lose all of your acorns” option. I was the first recipient of this unfortunate spin, and used the opportunity to show good sportsmanship by giving away all of my acorns. Then she landed on the same option a turn or two later, and was significantly more reluctant to give away her acorns.

So, I compromised. She gave up half.

This actually worked, because, the next time she landed on the harbinger of acorn loss, she hesitated, but gave them all away, working on copying my sportsmanship. This was great until she landed on it again. And then again. That was too much.

So, I compromised. I nudged the arrow to the next option over, much to her satisfaction. Then, a few turns later, I did it again.

So, I suppose I cheated.

I’m not entirely certain whether this will have a negative impact on how our daughter views games or competition or any of the other developmental processes associated with these sorts of activities. Or, perhaps the event will be inconsequential for her, lost in the mists of memory. For me, though, I’m quite taken with the amusing fact that I cheated.

What’s different is the motivation. When I was young, on those three occasions, I cheated to further myself, to compensate for self-esteem issues, to look better in the eyes of others. When I cheated tonight, there was no self-serving incentive behind the act. Rather, the impulse was to protect my daughter from a cold fact that she shouldn’t have to experience quite yet, the fact that life can, indeed, be that unfair.

I cheated in a good way, if that’s even possible.

I’ll try to do better in the future.