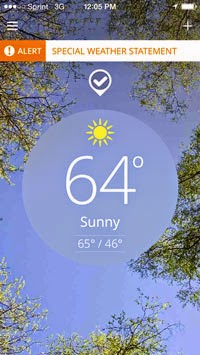 There was a time when I hated snow. Detested it. Loathed it.

Having grown up with more than my share of ugly winters, I jumped at the chance to move south for grad school. I still remember my first January in Virginia, driving around my new city with no jacket on and my sunroof open. I felt as though I had arrived in a paradise.

You see, somewhere around my sophomore year in college (the best that I can remember), I began to struggle progressively more with each winter. The grey skies brought with them a deepening depression with each year of my life. That’s why a southern move was such an enormous relief to me. Instead of attempting to cope for months on end each year, I was now faced with this struggle perhaps once each year, and then only for a day or two. This seemed like a good situation in which to be.

Fast forward several years…getting married, having our daughter, moving to the Boston area, and now having landed back in North Carolina. These moves and events have been a whirlwind of occasionally contradictory experiences. My first New England winter was brutal, but I learned to cope. I bought the gear, and I re-acclimated with the rituals of my childhood: shoveling, scraping, and leaving early (at least, in my new career, working from home is sort of the norm). You see, if you grow up living with winter hardships, it’s sort of like riding a bicycle. You never forget how to drive in these circumstances. You may be rusty for a few minutes, but when the white stuff starts falling, you just sort of know what to do. I found that these sorts of things aren’t things that many people know about in the South (like brushing off your car halfway through a storm in order to significantly lighten the workload when it’s over, or keeping a steady momentum at all costs when going up a slick incline).

That said, this has been a good winter to have spent in the South, as my friends back in the Boston area tell me about the six feet of snow that they have (with more coming each weekend, it seems). Last weekend, though, I had one of those moments in which your brain sort of…short circuits. In February…a month in which I’m used to wearing base layers and heavy wool…I was wearing a t-shirt and no jacket as I walked into our Sunday morning worship service. That day came in at just short of 70 degrees.

Now, as I write this, we’re in the grip of an ice storm, and life is forced to slow down a bit. This is the exception, though, not the rule at all. Life doesn’t slow down here. There is no season of rest, no season of early darkness in which to drink cider and talk with friends and family, no easy time to catch up on your reading by the dim light. All of those things that I never thought that I would miss, I now do. And, while snow is not among them, the quiet that results from it is.

Perhaps it’s an overly positive recollection of an area with which I was quite enamored. I miss New England so much it hurts some days, and I remember the times that we had there during the harsh winters…much harsher than the ones that I experienced as a child. It’s a season of life that’s important, one that I didn’t truly miss until I had experienced it. There’s much to be said for slowing down, for pausing, for appreciating the seasonal flow of the life around us.

Could it be that I miss the snow?

I should probably stop just short of admitting that…