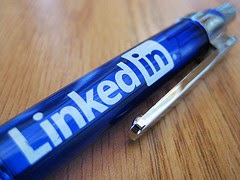 I’ve never made a secret of the fact that I hate the monster that Facebook has become. I avoid that network at nearly all costs (as the digital sagebrush blowing across the face of my dusty profile will attest). I use several other social networks, though (you know, the non-monsters), and one of them is LinkedIn. This is because, in my new vocation especially, it’s how you get jobs. LinkedIn profiles are just what you do, and what you use, if you work in the world of technology.

I like LinkedIn, though, because it’s relatively isolated and specialized as a network, which is exactly what a professional network should be. I post professional items of interest there that generally wouldn’t go into my other networks, mostly because they just wouldn’t be of as much interest to people elsewhere. In that way, it remains a bit of a mystery to me, because (here’s a shocker) I really don’t get corporate culture. I don’t understand business-speak. I sometimes roll my eyes at the digital  presences of those who are acting professional, as all of us do, in the workplace…that is to say, different than they would anywhere else. That doesn’t take away from the fact, however, that LinkedIn has its uses, and they are very credible uses, at that.

If our culture has ever been guilty of anything, it’s the lie of the self-made-man. “Work hard, play hard” has somehow morphed into “work until you drop if you know what’s good for you, and then play if you have any time and/or energy left.” America is, if anything, a culture of hard-workers. Perhaps I sound cynical as I say that, but as it becomes easier and thus more expected to work from anywhere, then it becomes more natural to work all the time. And, because that’s often the professional expectation in today’s world, it also filters down to the educational realm. The drive to succeed in school at earlier and earlier ages (read: pre-university) becomes more and more intense, robbing children of their childhoods way too early.

Don’t hear me say that I don’t value education…quite the contrary (as our daughter’s love of books and extensive vocabulary would prove, to say nothing of the bookshelves of old grad school books lining our walls).  I think, though, that pressure to achieve doesn’t belong in our academic settings before the university level.

So, the story that ran a few days ago that LinkedIn will now allow children as young as thirteen years of age to have profiles caused my heart to sink. Because a professional  presence isn’t something that a thirteen-year-old should ever, ever have to concern themselves with. They will reach an age when they have to do that all too quickly, when they spend increasingly long hours at their job just to make ends meet, at which point, no matter how much they might love what they do, something of their innocence is lost.

This is, at the end of the day, a profit-seeking move for LinkedIn, I’m sure. They have to, after all, compete with other networks (although that is something that I don’t understand…they do one thing well, and I’m a firm believer in stopping there). This will prove a profitable venture for LinkedIn, I’m sure, but it will prove a socially costly mistake if it leads us to expect higher professional and academic achievement from our children at earlier and earlier ages.

Let them learn. Let them play. Let them hold onto those days to which many of us wish that we could return.

And let’s not make them rising corporate stars quite yet, okay?