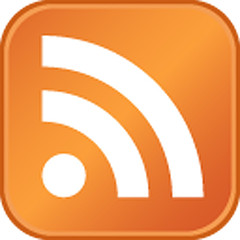 The school that I attend is trying really hard to implement an email alert system for things like campus closures due to weather (like the random 8-12 inches of snow that came down last night, just before the first day of Spring…tell me again why we thought moving to New England was a good idea?). This afternoon, while grocery shopping, I received one such email advising that the campus would re-open in time for evening classes. This didn’t impact me, as my classes are all during the day, but it was one of those moments in which I notice similarities that amuse me: the last time I received such an email, I was also grocery shopping, and in the exact same grocery store.

Being as I’m of a certain age, I can remember when receiving email on the go was not perceived as commonplace. That was the era in which smart phones were only in the hands of executives. Of course, the computing power contained in the phone that I carry with me every day would astound the me of those few years ago, as I’m in constant touch with whomever needs to reach me by whichever method they may choose to do so.

The thing is, though, I don’t like being alerted to everything as it happens. I actually have very few audible alerts set on my phone. If I receive a call or a text message, I hear it. If I receive a “priority” email (like work, or Karen), that’s audible. Any other emails? No audible alerts. Social networking messages? Likewise silent. They will show up on my lock screen when I want to check it, but they won’t interrupt what I’m doing by dinging, chiming, or singing to me. I want the information when I want it, not when it wants me.

I’ve heard a lot of talk about Google’s Glass project, coming from all sides. I’m a futuristic, science-fiction-loving, forward-thinker, so I see this sort of “augmented reality” as a natural progression of where we’re going. I suspect, though, that it might also prove to be the moment in which we recognize where science fiction has warned that we might be going, and call a halt to it.

I actually sort of hope so.

You see, the Glass project raises all sorts of interesting concerns, such as the wearer’s ability to record what is going on around them without the people around them actually realizing it. Because of the ability to share what’s being recorded very quickly, both audio and video alike, this takes on a quite different flavor that what we’ve all experienced by ending up in the background of a stranger’s vacation photo. Most of us, I think, would feel very uncomfortable sitting at the dinner table with someone wearing Glass.

I think, too, that having your entire digital life constantly appear as a sort of heads-up display in front of your eyes just might be the information overload that stops us on our road to real-world cyberpunk. I think, also, that having a fixed barrier between us and those around us that is so visual just might prove to be more intrusive than a phone that we can quickly check and then put away.

I wouldn’t change the advances we’ve made in the availability of information. I love it, I work in it, and I truly believe that it is for the greater good. I don’t, though, want our daughter to grow up with the expectation of being any more hyper-connected than we currently are. I think that placing data as a barrier between us and those around us de-humanizes us somehow, making us servants to our tools instead of making them servants to us.

Google may just have pushed us over a breaking point with this one. And, since I’m still quite irritated with them over killing Reader, as well as for all the reasons I’ve already mentioned, I can’t say that I’ll be sorry when Glass doesn’t take off.

And I sincerely hope that it never takes off.