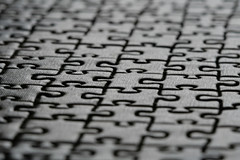 Disclaimer: I’m not a scientist.

I do, however, watch, read, and write science fiction with a good deal of passion, and so I try my best to understand science. This usually isn’t a problem because I grasp theories and concepts pretty quickly, I just sometimes need them explained to me in more simplistic terms than the jargon of their discipline.

Here’s the thing with science-fiction, and I think that I can say this with some reliability as a source since I’ve been immersed in the genre from a young age: nothing kills the validity of the book/film/episode like an inaccuracy in the premise. Science-fiction is built on concepts of things that are somewhat scientifically plausible, and asks “what if?” they became a reality. In space opera science fiction, this can be worked around a bit by positing a world in which enormous scientific advancements in humanity have made what were once outlandish theories into everyday life. Hard science fiction is more immersed in the data of scientific hypotheses…and, I confess, often over my head in most realms. I can be conversant in some things however, and sometimes things are used incorrectly in a way that anyone could guess with only a little thought.

This popped up in an episode of the Alphas that I watched over the weekend, in which an inaccurate application of sonar was used as a critical plot point. What was really curious about this mistake is not that the ability of the character in question was implausible from a scientific point of view, but rather that it likely would not be called sonar. The wording in the script created the issue.

Any scientists that may be reading, watch the episode (season 1, episode 9) and correct me if I’m wrong.

When I’ve directed plays, one of the most common problems I’ve worked with in new actors is consistency in characterization. There’s a moment of synergy that happens when an actor finds the character so fully that the character is on stage instead of the actor. I used to call it the “spark” when I watched a play…the moment when you find yourself believing that you are watching the character instead of an actor. There can be a moment of lapsed concentration, though, a split second in which the actor does something as they would do it instead of the way the character would do it. Sitting and crossing your legs, for example, when the character wouldn’t cross their legs or sit that way. When these split-second lapses happen, it breaks the illusion of the play. The audience will almost always notice, even if they can’t pinpoint why the scene suddenly feels wrong.

Presenting scientific inaccuracies in science fiction has a similar way of breaking the illusion. Even when dealing with the completely speculative theories of fringe science, the premise has to be explained in a manner that makes it somewhat plausible to the audience or reader. I suppose it bothers some of us more than others, but I think anyone watching or reading science fiction would find themselves aware of something wrong in the scene without necessarily immediately being able to identify what that something is.

I could certainly live with that.