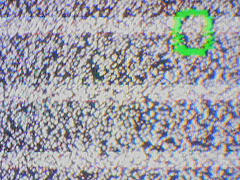 I skipped one of my usual weekly podcasts today because the topic was reality television. The host was upset about the fact that a football game had messed up the timing on his DVR recording of the season premiere of one of his favorite reality television shows.

And, while I resonate with this guy’s pronounced distaste for football, I have to sort of chuckle about the fact that someone gets that upset over a reality television show.

Although, I shouldn’t. A few years ago, I wrote an op-ed piece about the reality show competition, Fear Factor. Without all of the clever verbage, I’ll give you a synopsis of the article: I find the show to be a base play on the worst of human emotions and not only to be a complete waste of time, but also to be harmful to the poor soul who watches it. Although I had written about many controversial topics in the weeks preceding that, there was a letter to the editor from a reader vehemently angry that I had chosen to speak poorly of that show.

I seem to recall a television producer saying in an interview once that the draw behind a reality program is that the audience feels closer to the people because it’s not fiction. And while Hollywood’s recent regurgitation of film-remakes and new old origin stories proves that there are absolutely no new ideas in the mainstream film industry (and yet they continue to make money), a constant diet of reality programming seems to me like a diet of constant non-fiction without any imaginative, illustrative stories to enrich our lives…an experience I had all too extensively during grad school.

Now, I have to press pause, though, and admit that I have watched…and even enjoyed…reality programming. Most notably, I’m still quite addicted to a new weekly episode of Cops. I’m not sure why. Certainly, listening to the excuses created by the people being arrested is entertaining. I think, though, that the best thing about a show like Cops is that there’s conversation during the show about cultural problems and how our legal system alternately works and then doesn’t.

Still, I have to admit that Cops is a guilty pleasure. I’m not sure if there’s a line between a reality game show like The Amazing Race, and a documentary-style program like Cops. I’m likely guilty of enjoying the very thing I speak against. I do think, though, that if reality programming and sports are the only things I’m missing from the fossilized yesteryear of cable television, then I’m glad I’m missing out. That’s just not the sort of thing that sounds attractive.

Photo Attribution: me vs. gutenberg