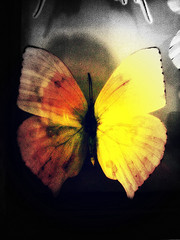 I have an issue with cigarettes.

The first time I tried one was in college, and I paid the price in a serious way (did I mention I’m asthmatic?) That was when I was younger and more…well, stupid. Now, I become really upset when I see people flicking their cigarettes out of their moving vehicles. I feel agitated when I half to walk through the cloud of smoke to get from one building to the next. It makes me upset. You may have the right to poison yourself, but you don’t have the right to give me a second-hand risk of lung cancer.

What I’m really thinking about here is how our actions have an effect on those around us. In theological terms, this is the concept that I am my brother’s keeper. In a less vernacular way of speaking, and to quote the bumper sticker that a psychologist I used to work with had on his SUV, “Your actions effect those around you. Be conscious.”

What I’ve increasingly found to be true is that things that I really didn’t imagine would have an impact on anyone other than myself, actually do. I discovered this to be dramatically true when I married Karen…suddenly I discovered that things that were innocent enough for me could have a very negative impact on her. All through our circles of influence, I see over and over how little things that we do in complete innocence ripple outward to touch our friends and loved ones.

A more recent example: When Karen and I were expecting, some friends gave us a particularly nice gift at a baby shower. That gift has since developed an issue, one that is covered under the manufacturer’s warranty. However, the manufacturer requires an original receipt for any warranty claim. This receipt existed in the form of an email, which our friends would have been happy to forward to us. Except that, last week, their hard drive crashed, and they didn’t have back-ups. They lost a great deal of data, as I understand it (a side note from someone who has experienced a catastrophic hard-drive crash myself: back up as though it were your religion). Also, they used their email as a POP account, so the message was deleted from the email server, and existed only locally on their now-toasted hard drive.

Thus, their perfectly innocent decisions to not back up regularly and to not use, for example, an IMAP account for their email, had an unexpected impact on us.

(Disclaimer: that was not intended as a guilt thing for my friends, whom I know will be reading this)

This sort of flies in the face of the Western concept of the freedom-loving, self-made, “pull yourself up by your own bootstraps” ideology, in that it emphasizes that our actions do not, and cannot, exist in a vacuum. Whatever the decision, whatever the intention or lack of intention, others around will be effected, sometimes positively, sometimes negatively.

I’m not walking around trembling and over analyzing, though, as to how my choice to do laundry tonight might somehow have a butterfly effect on someone across the globe. I’m just saying that this has made me aware that I need to act more responsibly, and to consider how someone else’s day will turn out because, in part, of my choice to, for example, not stop by Starbucks during my morning commute.

Considering others is, after all, something we should all do a bit more of. It may have profoundly positive effect on all of us.