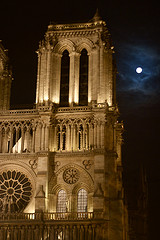 Every now and then, I find myself right in the middle of a trend that I always vowed to avoid, and am amazed at myself. “How did that happen?”, I think to myself. Its not always a bad thing…typically pretty innocent, to be honest, and often, in the interest of being genuine about life, I just sort of roll with it.

Actually, “trend” isn’t really the right word choice there, because that brings to mind fashionable clothes and colloquialisms that could invoke images of me speaking vacuously and parading tight jeans down a catwalk (actually, if it brings that to mind, I’m sorry. So, so sorry). I guess “finding myself interested in something popular that didn’t interest me before” might be the better phrase, but it just seemed too wordy.

In any case, I’ve always avoided horror movies and slasher films. They’ve never interested me. And they still don’t. Its just that I typically avoided their close cousin, suspense, as well.  Ironically, I’ve always been heavily drawn to dystopian literature, specifically dystopian science fiction. I like the “this is what’s going to go wrong if we keep going the way we’re going” warnings that these stories present. I like a good action film as well as the next guy, as long as its not blowing things up for the sake of blowing things up. But suspense I’ve typically stayed away from, with only occasional exceptions in the past.

Lately, though, without realizing it, I realize that I’m into suspenseful tales. I first noticed it while watching  Dr. Who. Karen comments on random episodes that she doesn’t want to watch them because they look too scary. When I watch them without her, I realize that there is a suspenseful element to them…the sort of “jump because something just popped out of the closet” suspense. No violence, no bloodshed, just real suspense of the sort you would find in a good children’s tale.

Similarly (because Karen didn’t want to watch an episode), I’ve discovered the same thing about Haven. If you’re not familiar with Haven, its one of the more original concepts that the SyFy network has produced lately, and an unlikely addiction for me. The gorgeous location shots are enough to bring you back for each episode (the story is set in Maine, and filmed in Nova Scotia), and the plot is based on the works of Stephen King in very original ways. I’m not a Stephen King fan, and I’ve only ever seen one of his films that I can recall (and didn’t finish that one). Like I said, its just not my genre. I’ve never read any of King’s work, either. If I had, I would probably thrive on the hidden references that are sprinkled through the show that link back to King’s work and, as I understand it, thrill his fans. Still, Haven isn’t frightening or anything close to the horror genre. Its good science fiction, just dark and spooky enough to pique my interest from week to week.

I’m not sure why I’m drawn involuntarily to suspense and spookiness of late. It hasn’t shown up in my writing, at least not that I’m aware of, but I’ve noticed it popping up more and more in the things I enjoy watching since Karen has pointed this out to me. Its even popped up in recent reading choices. I’m interested to see where this goes in my story interests in the future.

Are you into scary? If so, I want to hear to hear about it…