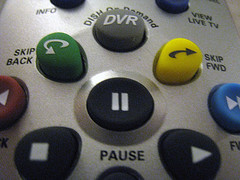 Help me understand this.

Several times over the past few weeks, I’ve been up and about early enough to catch “World Have Your Say” on the BBC World Service when it airs here, about 7:00 a.m. in the Eastern U.S. (No, my being up that early isn’t what I need help understanding). I’m a huge fan of the BBC, and a firm believer that their international journalism is superior to any other media source. I’m in the habit of listening in the mornings, and this is the program that has been on recently when I’ve been listening. Essentially, the program aims to air public response to international issues from people around the world. The program is thought-provoking as it demonstrates the differences in perspective between those who are living through the issues, and those who are observing the issues from afar. Of course, frequently the conversations involve dialogue between those who disagree, and occasionally those conversations become abrupt, if not heated. I’m surprised because the British culture is much more civilized than U.S. culture. Yet, technical difficulties and connection delays caused by international technological connections aside, the moderator of the discussion often has to step in because callers are blatantly talking over each other, interrupting each other, and simply trying to talk more loudly than the other party in order to have their perspective heard, as though being heard must be accomplished at all costs, including the loss of rest of the dialogue.

So, what I want help understanding is: what happened to civilized conversation?

This same issue has become a pandemic in American political discussion, in which yelling more loudly than the other side to ensure that you are heard and they are not seems to have become a valid debate tactic in the public’s opinion. I say that because we certainly tolerate it, and profit-seeking news outlets are all too happy to permit these uncivilized shouting matches to occur because the public has permitted them to be acceptable. Yet, the entire culture suffers, because its not acceptable.

In the interest of being objective, I do the same thing during passionate conversation about this or that. That is, I can become so excited about what I have to say that I talk over another participant in the conversation, or don’t hear them because I’m formulating my next comment.  Perhaps this is simply a generational issue, but I don’t think so. In any case, I’m infected, and its more of a struggle than you might imagine to prevent the diseased impulse from taking hold.

The reason that this is so detrimental to our public health (to say nothing of our intellect) is that it represents, at its core, lousy listening skills. Active listening, a concept of which I was taught a great deal during my communication studies, is an intentional action, and is required if we are to truly engage with, and participate in, conversation with others about any topic. When we don’t listen, we are too absorbed by what we’re thinking, and not working to understand (notice I don’t say we always agree with) the other person’s perspective. That leads to a “my way or the highway” mentality, or to groupthink in collective situations. Both of these mindsets place a very limited set of options and considerations on the table, and prohibit the compromise and brainstorming that are necessary to reach optimal solutions.

Such are the imperfect dynamics of human communication, I suppose. I just want to work harder to restore some basic civility to my conversations, so that I (and whoever I’m talking with) can grow from those conversations.

I’m in sincere hopes that the public sphere will do the same.