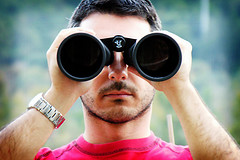 I’ve a confession to make.

While “Inbox Zero” has been more than a bit elusive for me lately, I did manage to clear out my RSS feeds this morning. That means that, in addition to news, I read all manner of new blog posts, as well as old blog posts that I hadn’t quite gotten around to yet. Blogging, obviously, is very important to me. Yet, several posts into my reading this morning, I realized that I had only commented on two. And only one of those was substantive.

Moreover, what was missing from my feeds was further discussion on a comment chain in which I had engaged in some discussion a few days ago. I suppose I should consider that conversation dead now.

So, as much as I lament this issue in the blogosphere, I seem to have become a part of the problem on more than one occasion. You see, I’m troubled by how we read. By that, I don’t mean the distractibility that comes with jumping around with hyperlinks (a discussion in itself), but rather the idea that we “consume” our media. In fact, that is the phrase that is used to describe how we read and watch and listen in tech circles, as though the words of our authors, the conversation of our actors and hosts, and the  notes of our musicians are commodities that we somehow own simply because we’ve purchased them or pay some sort of subscription or access fee. Thus, we “consume” our media. This sounds like a gluttonous act, one that makes me envision some sort of over-filled, greedy eater shoveling more and more into his mouth in order to satiate an appetite that is without end.

The difference, I’ve talked about before, is between “consuming” media, and “engaging” media. The same is true of art. We can take it in, or we can stop to think about it, appreciate it. We can go out to coffee and talk about it later. All of that has to do with “engaging” the art. The same should be true of “engaging” our media.

But what does this have to do with the blogosphere?

Excuse me, because I know I’m reprising a theme here that I’ve already discussed on more than one occasion. However, permit me to point out the obvious that a conversation cannot occur if more than one person isn’t talking. If one person is speaking (or writing) and everyone else is simply listening (or reading), then that is public address, not conversation. When we “consume” media, we read and watch and listen, and then repeat as necessary, feeling proud of all of the information and great art that we’ve taken in recently. But we haven’t stopped to really permit it to impact us. Talking with others is part of how it impacts us. The entire premise behind the Web 2.0 phenomenon was that this was media created and produced by everyone, not just professionals. In blogging (which was originally thought of as journaling), that involves two steps: reading someone’s thoughts, and then entering into conversation with that person (and others) by commenting. Otherwise, we’re missing part of what this whole thing is about.

In recent conversations with friends, I’ve compared this to an audience going to a play, and refusing to respond. Part of what makes a play such a powerful experience is that each performance is unique due to an unrepeatable synergy that occurs between the cast and the audience. Hopefully, the audience will cheer, cry, gasp, and ultimately applaud. Imagine, though, a play that received no audience reaction at all?  Proverbial crickets chirping in the distance. Even an audience that booed would be preferable to that, because a silent audience brings an incomplete performance.

I would argue that the same is true of reading a book without discussing it with someone else during or after. Or, similarly, listening to music, seeing visual art…the list goes on. The important part of this process is the conversation, because that’s what makes it a complete event. Even when I don’t comment on other’s posts, I often end up discussing the ideas in that post with someone else. That’s better than silence.

Ironically, other social media platforms are experiencing similar losses of interactivity. How many “Twitter voyeurs” do you know that read what everyone else is saying without offering any words of their own? How many status updates do you actually comment on while perusing Facebook? In how many conversations do you participate on LinkedIn? We’re all to happy to watch everything go by us, somehow thinking we’re doing well to sit back and observe without actually contributing anything ourselves.

Certainly, not every post or video or update invites comment. Further, I’m not looking to place blame for this on one cultural phenomenon or the other, or to come across as whiny because I want people to comment here more (many of you do through one channel or another). The point is that we must, for the sake of ourselves and of our society, stop “consuming” media as we would any other product, because doing so cheapens it. When we “engage,” then everyone participating in the conversation is bettered by the dialogue.

That, I’m relatively certain, is the point.