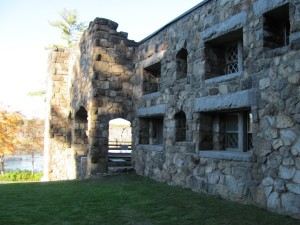 Several years ago, Karen and I came to the conclusion that there are two types of education in our society: education in really cool and important things that contribute to the deeper direction of society, and education that earns you money. Rarely, if ever, are they the same.

When I finished a graduate degree in religion, and mentioned to a colleague that I was considering an MFA program in writing, the colleague wryly expressed something to the effect of, “You don’t like to get degrees that will make you money, do you?”

Along the lines of how, in some college towns, it is not uncommon to be waited on at a restaurant by someone with a PhD, Karen and I openly acknowledge that we have quite a bit of the first type of education, while perhaps not so much of the second. That doesn’t mean that I regret the education I have…I think that it has contributed to making me who I am, and to making me a productive member of society. Certainly, it was conducive to becoming a critical thinker. Still, I’m finding myself in a position of considering going back to more of the second type of education before I consider pursuing any more of the first. Karen went to undergrad with someone who, instead of going into college straight from high school, spent a few years becoming a master carpenter. He then used that skill to pay for his undergrad. There’s wisdom in that. Profound wisdom, I think, because he got the best of both worlds…and the personal growth that comes with both experiences.

So, as I am now pursuing some growth in area number two, I found myself particularly sensitive to this op-ed  piece on CNN when I read it last week. Essentially, this is written by a member of the movement that states that college is over-rated, that it emphasizes the wrong things, that it is over-priced, and that it does little to nothing to help you acquire a successful career. This writer is encouraging entrepreneurship in the technological field, and insisting that college is not only not required, but that those who do not conform to the institutional expectation of higher academia will be the ones who change the world.

I’ve personally known some people in my life that felt the same way, and eschewed as much formal education as they could. They were still well-read and very knowledgeable individuals, however. I think, though, that they were limited in what they could achieve professionally, rather than the opposite.

This writer is arguing that undergraduate education does little to nothing to prepare one for the professional world. I would argue that an enormous amount of personal development is built into the college experience, to say nothing of networking opportunities and the opportunity to explore all of the liberal arts, to test the proverbial waters regarding potential fields in which one would like to make his/her living, and to be exposed to the foundation of well-rounded personal development: freedom of inquiry, and the resulting skill of critical thinking.

This is to say nothing of the fact that many people, myself included, find themselves able to function quite well in fields other than their college major, and performing better because of the education they received in other disciplines.

The writer of the op-ed piece, Mr. Stephens, is blindly following the emphasis in Western culture on business, and that is where he goes amiss. There is more to a successful life than business success. Earning money and making profit does not, and cannot, substitute for exposure to the humanities, exploration of the sciences, and opportunities to read, explore, and be instructed in fields in which one might simply have a passing interest. A fulfilling life is composed of infinitely more than earning a good salary and climbing the career ladder.

Similarly, a fulfilling existence for a culture is composed of infinitely more than innovation and technological progress. The progress of humanity, and the exploration of the human condition, is not dependent upon technological innovation. Rather, that innovation is a product of exploration of the human condition, and to invert those priorities is indicative of a poor knowledge of history. Need I say that a poor knowledge of history is indicative of a lack of emphasis on quality education? Stephens claims that time is often better spent in trying and doing instead of learning a theory, but he forgets that doing something well pre-supposes a knowledge of theories.

Now, I’m the first to admit that Western education is far too heavily focused on credentials instead of learning. I’ve expressed before how troubled I am about how heavily compartmentalized our education in different disciplines has become. I hate that education is operated as a business, and is thus far too expensive (again, the Western emphasis on business fails us). To avoid higher education altogether as an effort to correct this, however, smacks of a knee-jerk reaction that involves throwing the proverbial baby out with the bath water. That is the mistake that Stephens is making…a mistake that might be avoided with just a bit of education.

Innovators who avoid formal education might well alter our world. Devoid of a cultural soul, however, this would be a most Pyrrhic victory, indeed.

What do you think?