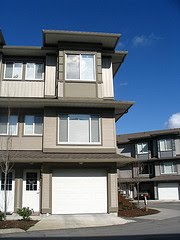 
I guess that’s easy for me to say because I would be, by some standards, sort of deviant. After all, I’m riddled with angst, most especially every time I schedule myself to write. I had serious anger outbursts as a freshman while practicing piano (imagine flying sheet music). I have unprofessional moments of expressing intense verbal displeasure with obvious stupidity that  fits in just fine backstage, but tends to not be received all that well in most office environments. Thus, try as I might to meet enough societal expectations to keep my day job, I am emotionally unbalanced, I question authority, I am a proud nonconformist, and, by our culture’s definition of the word, not entirely normal.


Of course, as my wife’s end of the family is fond of pointing out, “normal” is merely a setting on one’s dryer.


Here’s my defense: the very personality characteristics that  brand me as not normal, different, and outside of the status quo, are what make me creative. They are what make me an independent thinker. If an industrialized society has taught us anything, its that a sanitized culture of balance and recognition of the need for treatment of such…dysfunctions…is necessary for a productive society. We tolerate an eccentric few that serve us in the “entertainment industry,” along with the occasional absent-minded professor or scientist, and the rest of us are expected to conform. Dress codes, codes of conduct…resistance is futile. Welcome to the Borg.


I had an immediately harsh knee-jerk reaction to this article when I read it last week. Moscow’s new metro rail station has been named in memory of the novelist Fyodor Dostoevsky. Artwork on display in the station portray scenes of Dostvoesky’s novels, which were frequently dark in their subject matter (the article cites specifically a grisly murder scene from Crime and Punishment). According to the CNN article, mental health experts are questioning whether or not this is dangerous, in essence, to the public health, because it will encourage actions such as suicide. Essentially, psychological experts desire to censor the art in the station in order to encourage good emotional health among the general population, and we are once again thrown backward into the “life imitating art” controversy.


I’m not even going to get started on the censorship argument against this, nor the point that quality art is critical for a society’s emotional health. I sincerely hope that goes without saying. I want to trace a line of thought that I’ve followed through two science fiction works over the last few weeks. I recently finished reading The Traveler by John Twelve Hawks. Hawks sets his story in a surveillance society only slightly more drastic than our current culture, controlled by a secret brotherhood that demand compliance with expectations of normalcy from citizens, and systematically track down and kill those who cross to other realms and return with divergent perspectives. All in the name of order.


Almost immediately after finishing the book, Karen and I watched Equilibrium this weekend, a 2003 movie in which society has made feeling illegal in the name of preventing war, and thus art and pets are not only illegal, but destroyed on sight in order to prevent humans from viewing it and subsequently feeling emotion (ironically, this law is enforced by violence…thus nothing has been accomplished because what makes us human is sacrificed in the name of humanity).


Good science fiction, while doing other things, presents a warning as to where we might go and what we might do with our powers of human innovation. I see the potential for us to travel the roads presented in these two pieces, and I see the discipline of psychology contributing progressively more to the problem. Everything outside of an arbitrarily defined societal norm becomes deviant. With this label, artists who express feelings and function in eccentric ways, also are labeled deviant. Professors who are so enamored with academic knowledge as to lose a bit of common sense, scientists who are absorbed in their discoveries at the expense of basic interpersonal functioning, risk being labeled as dysfunctional. Those who are too absorbed in their creativity to be bothered by the people around them provide us with some of the greatest discoveries and explorations of what it means to be human. Yet, we in our narcissism have decided that they are afflicted by a problem that needs to be “cured.”


So, have we forgotten that all humanity is somehow dysfunctional? Do we lose sight of the joy of coloring outside of the lines that brings disorder to order? Don’t we understand that a certain amount of disorder is necessary to birth new creativity in the human spirit?


I’m not arguing that all psychological ventures alienate the arts. To the contrary, very good integrations of the two exist. I think, however, that perhaps we’ve become too confident in our rudimentary understanding of the human mind. Creative personalities, passionate academics, and people of faith can all too easily be labeled as psychologically troubled people. In fact, statistically, we all can be labeled as such, as nearly all of us will experience some level of clinical depression at some point in our lives, for example. That will occur whether or not we view subway art in Moscow.


Absorbing all of mankind into a definition of normalcy is not conducive to a healthy society. If anything, the constraints brought about by this, the expectations of constant self-control,  lead to even more of what psychology labels “antisocial behavior,” to say nothing of stifling a creative impulse or spiritual experience.


Not everything that falls outside of the realm of our perceived normalcy necessitates a cure. In short, not every clock that ticks differently needs to be fixed.  If we truly find individuality to be beautiful and something to be cherished, then perhaps we can stop concerning ourselves with how many negative implications might result from quality works of art in a metro rail station?  Perhaps there is an element of danger to it. There is an element of danger to all art, and to most of life that is worth living (ask any skydiver). We can’t be afraid of danger, or of walking outside the lines of what those around us do.


In fact, without taking these risks, we cannot move forward with what makes us beautifully human at all.