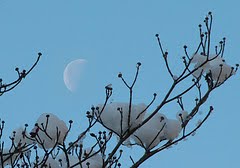 Here’s something you wouldn’t believe: When I was young, I was narcissitic.

No, no, its true. To call me self-absorbed wouldn’t have been giving my high-school identity crisis nearly enough credit. I was a musician. I was an actor. I dressed sharp and hung out with the preppy, popular group (if it makes your brain hurt to try to understand how I reconciled those things, don’t worry…it does mine, as well).

Those days are long gone, and at a wise and proven 35 years of age, I’ve seen the error of my ways. For example, the time when I voluntarily “dressed up” has been cast by the wayside. I’ve left more serious symptoms of self-absorption behind, as well. At that age, I was far too focused on being civilized and engaging in “higher,” creative, and academic sorts of things to be bothered with household chores. I helped out only with much groaning and attitude, and never enjoyed it. Growing up in a rural area brought its share of outdoor, agricultural sorts of chores, all of which I loathed. I promised myself and loudly declared to all others that I would not live in this “Farmer Joe” lifestyle in adulthood, because the convenience and fast-paced lifestyle of the city called my name.

To be honest, I have no idea what a farming lifestyle would entail, because that certainly was not what I grew up experiencing. I did keep my promise to be an urbanite in adulthood…civilization for me is defined by how many Starbucks I can drive to in 5 minutes or less. What I have not carried over…or, at least, what I am beginning to lose…is my self-absorption.

This leads me to a sort of active repentance when Karen and I visit my parents. My father now walks with a cane due to a old back injury and other medical issues. I find myself anxious to help him with anything that might require assistance around the house when we visit. Carrying a piece of outdoor furniture? No problem. Take out the trash and bring in the paper? I’m all over it. Things that are even an inconvenience for me in our own home are not when visiting my parents. Each visit brings a new bout of zealous penance.

This Christmas was marked by a nasty little windstorm that did significant damage to the local infrastructure and took the power with it immediately after Christmas dinner. Power wasn’t restored for several hours. This isn’t entirely uncommon in the snowy, rural North East, and so my parents and their neighbors come prepared. It was time to fire up “the generator.”

For the uninitiated, “the generator” is essentially a gasoline powered engine that sits in the gardenhouse, and, when running, sends electricity through a line into the home, which is then used to power critical appliances (yes, I consider a coffee pot critical), lighting, and so on for the duration of a power outage. That’s a bit of a challenge for my father to manage, and I was anxious to stop grumbling about the outage and be a part of the solution. Even therein, however, lay things that my father stubbornly steadfastly pursued on his own, occasionally worsening his health for the weekend, but arguing with me over my offers of assistance. Eventually, I will just back down. I won’t let this turn into a real dispute.

I understand fully my father’s desire to hold onto his independence. I do. I also recognize, however, that none of us are capable of doing everything without requiring assistance with something. Life just isn’t a solo sport. In looking at this (occasionally humorous) dynamic over our Christmas weekend together, however, I’ve also realized that there are times when we need to permit others to help us even when we don’t need it, because they need to help us. I needed to be forced to help as a child, even when my father was more than capable of doing everything himself (he is, after all, Superman…didn’t you know?), because I needed to learn that responsibility. I did learn it in the end, but I wouldn’t be constantly overcoming my feelings of guilt now had I done so then.

Perhaps I will be able to make progress toward shedding some of the rugged independence of our Western culture that can, at times, be damaging to us in the end…especially when I can see that voluntarily doing so will be of assistance to another human being. In seeing what I’ve seen this weekend, I’m certainly going to try to at least strike a balance.

Hopefully without any further power outages in the process.

Here’s hoping your Christmas was blessed.