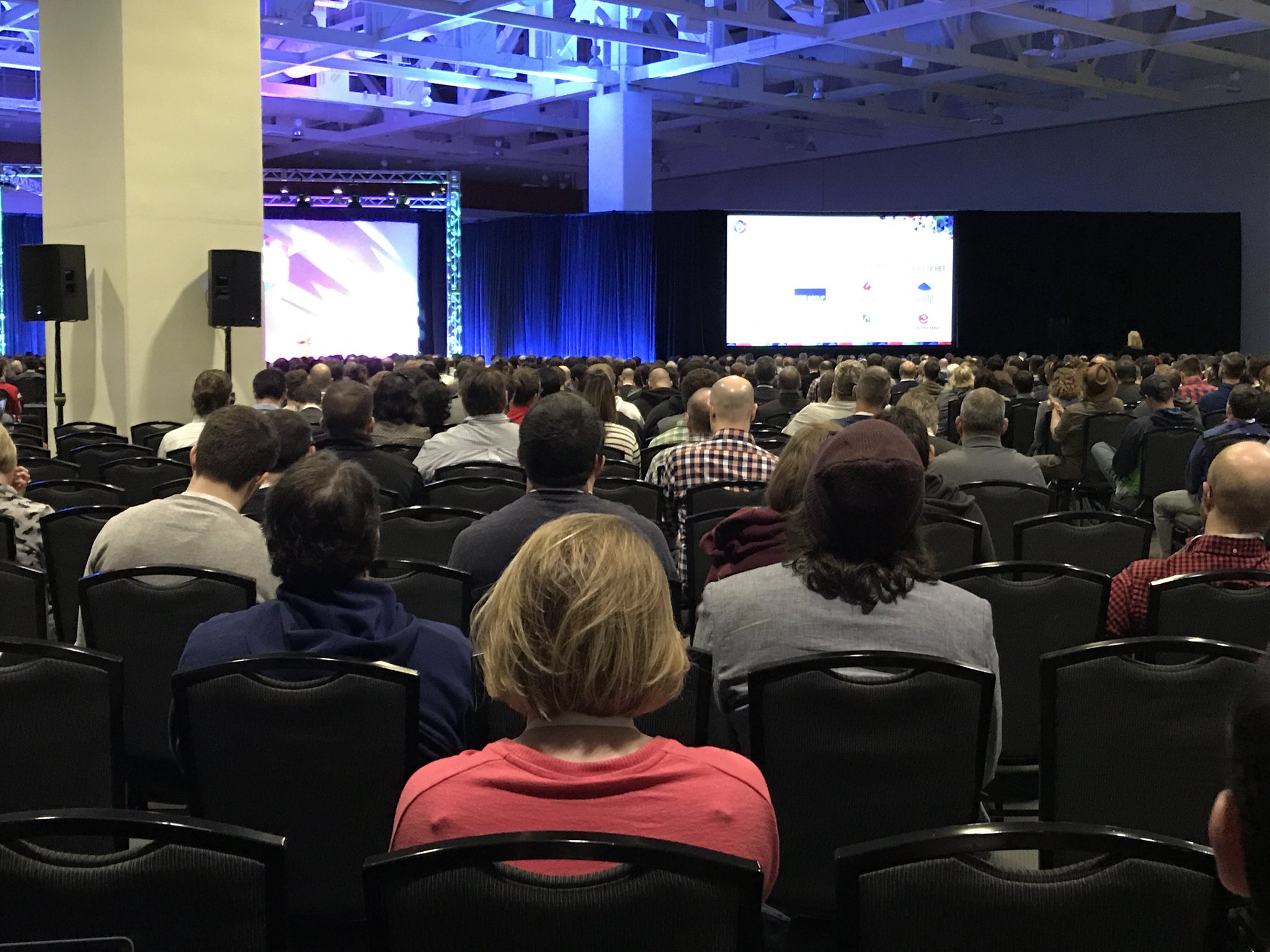 I usually go to two professional conferences per year. One is a smaller weekend conference here in Boston that requires no travel on my part. As with most tech conferences, all of the talks are posted on YouTube within about a week, so that conference attendees can catch the talks they couldn’t get to at the event (you frequently end up with good ones overlapping each other), but also to make the information available for everyone else. There’s always great presentations at these conferences, accompanied by the belief that everyone should be able to benefit by it being available to the world. So, the real value that you get for the admission price is the networking.

Being an introvert, networking has never come easily for me. In fact, I had to be taught how to do it while I was in school. That thing that extroverts do when they work the room and exchange cards and handshakes, making professional connections that will benefit them later in their careers? That’s completely alien to me. And, honestly, it’s completely alien to most writers and programmers. Both fields tend to be largely dominated by introverts, in my experience. Still, though, we have to network because the world is built to work the extrovert way, so….we suffer and move forward.

It’s not that we don’t like people. I love meeting new people. The concept of being in a crowd or group of people that I don’t know, however, and needing to interact with them at any sort of meaningful level, is completely exhausting. Like most introverts, I need hours of quiet time after to recharge my batteries.

This weekend, two things struck me about my conference attendance. One was that, by lunch, which is the prime networking opportunity, I was already drained. I retreated to an outside park bench on the school campus at which the conference was being held, on a beautiful Boston afternoon, and ate alone. I even saw some colleagues across the way that I hadn’t seen in a year, but I just couldn’t get into the head space of talking to them.

Honestly, though, those sorts of moments just happen when you’re an introvert. Even though you might gear up for one of these events as an athlete would for a game (which is required when we’re to have a lot of people contact), sometimes you still just can’t pull it off. It happens.

There was another moment, however, that struck me as particularly apropos of our time in a bad way. Another conference-goer and presenter followed me on Twitter after liking something that I had tweeted.

Time to roll up the sleeves for some #Gutenberg deep-dives. #wcbos

This happens a lot. For tech conferences especially, it’s another way of networking. The conference always has it’s own hashtag, and developers especially tend to hang on out on Twitter, so you end up connecting with people there. This one grabbed my attention because this person’s profile claimed a lot of geographical similarities to me. So, the confluence was sort of cool. What was telling, though, is that I passed this person later in the vendor area. We looked at each other, but exchanged no verbal greeting at all. We just kept moving.

Now, some of this could be that awkward moment when you’re not certain if that is who you think it is based on a profile photo. In fact, I could have been completely wrong that it was who I thought, but I doubt it. I also don’t think that acquaintances that begin virtually are always shallow or nonexistent in this way. I’ve experienced quite the opposite, and, lest we forget, I met my wife on Facebook. I just think that, from a professional networking standpoint, it’s telling that these sorts of things happen. Perhaps networking professionally and social networking are alike in that they are both shallow events? The goal of professional networking, in my experience, is ultimately to advance one’s own career, after all. Rarely do I intuit the motivation to be selflessly giving back.

Perhaps I’m being curmudgeonly on a rainy Sunday afternoon. Perhaps this was just an awkward introvert moment. Perhaps, though, our networking should be less about connections made than relationships entered. There would be exponentially fewer of them, but the relationships that existed would be much less virtual and much more substantive.

Or, perhaps that’s just an introverted way to look at things.