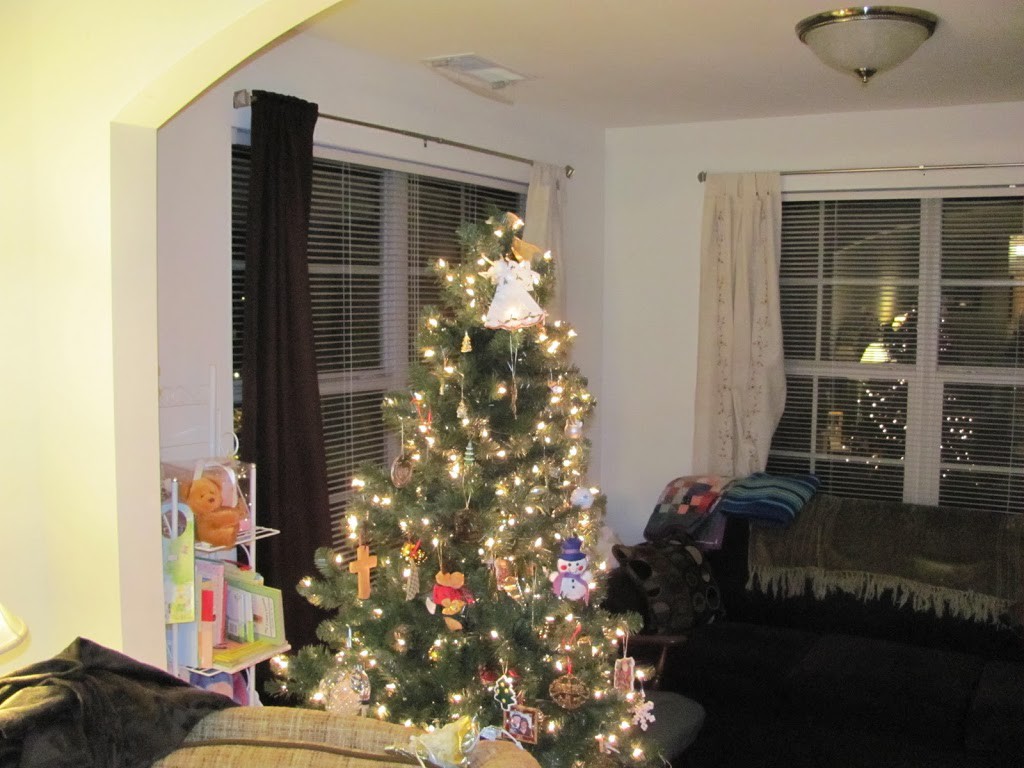 Yes, it was me. Through a series of unfortunate events, it was ultimately my fault that Christmas occurred only as a cobbled-together quasi-event this year instead of that magical time with family for which we all hope.

Why, yes, it does sound like there’s a story behind that, doesn’t it? And it goes a little something like this.

While I managed to stay mostly involved in traditional Christmas activities such as tree-trimming and…well, mostly tree-trimming…I found myself so busy with work and the demands of a myriad of health concerns this year that I missed most of the gift-buying. Karen sort of filled me in on what we were getting the children and family members this year, and I managed to squeak out enough time to find what I wanted to buy her on Amazon and keep an Advent-reading plan. When I realized that Christmas was only a week away, and that we had, as always, plans to travel for the week to see my side of the family, I hadn’t even booked our travel yet. My to-do list exploded. I was every stereotypical over-worked American. My head was spinning with this really cool post that I had wanted to write here on the first Sunday of Advent (obviously that never materialized), and somehow time had become stagnant around that moment that never happened. I still thought I had three weeks when I had only days.

While I haven’t written about it here, this is has been far from a banner year for my health. I fought through pneumonia in April, an event which left me with two other medical conditions that are possibly long-lasting and took most of the year to diagnose at a considerable expense. Add to that the random cold, and not one but two broken bones (I’m not even making this up), and I was hoping that, as I victoriously crossed off my final item of prep to take our trip three days before leaving, that the misfortunes were at an end and I would be healthy to keep our plans.

I really should have known that wouldn’t be the case.

The cold that the girls carried home turned into bronchitis for me. Still, I thought, we can push through. Then we had to move our travel plans one day due to unpredictable New England weather. I made the calls, changed reservations, took some medicine and kept going. The morning that we were scheduled to leave, the rental car was in the driveway and bags were (mostly) packed.

And I could barely move.

Instead of traveling to see family, I spent Christmas Eve at an urgent care. By Christmas day, we were placed under house arrest by another storm. Even though we had opened our Christmas gifts early in anticipation of leaving, we awoke (me fever-stricken) on Christmas morning right here, in our apartment, having kept only the stockings that “Father Christmas” packed for our daughters as the only surprise. Instead of spending Christmas with their grandparents in person, the girls spent Christmas with them over video. At this point, we considered leaving the next day. Surely I would have been well enough by then (I wasn’t, incidentally), but that plan, too, had to be abandoned as a shifting forecast on the other end of the week would have placed us in the likely scenario of being at our destination for only one day before needing to turn homeward.

We returned the rental car, cancelled the hotel reservations, and called it a loss.

Now, obviously none of this could have been helped. Even if I had managed to somehow have kept myself healthy (given the year I’ve had, I would say that my best efforts would have fallen flat), any modality of travel that we had chosen would have been halted by the weather we experienced. Still, my parents haven’t seen their grandchildren in person in over a year now, and the level of guilt that I’m carrying for being the cause of that this year is a weighty burden. This says nothing of the fact that I really wanted to have some conversations about specific things with my father in person, and to just enjoy spending holiday time with family. While my condition (or at least the one that prevented us from traveling) has mostly resolved as I write this, I have spent every day this week (whenever I wasn’t running the snow-blower, that is) thinking wistfully of the laughter and warmth that we would have had with family had things gone according to plan.

In doing so, I’m reminded of exactly how blessed I am that there was family waiting, even though that waiting went unrequited this year. Many cannot say that. The loneliness that many face in this season I cannot fathom, and I attempt to assuage my conscience for having no time to confront this by giving to charities and church outreaches.

Still, after our power came back on from the first storm, I spontaneously ran around the room with my soon-to-be two-year-old on my back, as she bounced and giggled in my ear, and I realized that, despite the inevitable outcome of our best-laid plans, the most important things were here, easily within reach, if just a bit messier than I would have liked. The Incarnation that we celebrate over these next days has breathed life into our moments in the most common, and most miraculous, of ways.

I hope that your Christmas was peaceful.