“Men, it has been well said, think in herds; it will be seen that they go mad in herds, while they only recover their senses slowly, and one by one.”

-Charles Mackay, Extraordinary Popular Delusions and the Madness of Crowds 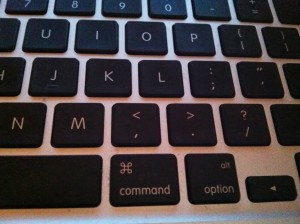 A couple of years ago, I had a debate with a colleague about a comment that I made. The comment was that “our generation” had arguably seen the most significant technological change of any generation in history. He disagreed, feeling that the industrial age had brought more. Whichever side of the debate you might fall on, my rationale was that my grandmother, when she was still alive, seemed to somehow experience an arresting of her ability to grasp technology more advanced than a land-line telephone.

When I was young (and hold on, because I’m about to date myself), my family had a “party line.” That is, we shared a telephone line with my grandmother. If she was using the phone from her home miles away, and we picked it up to make a call, we could hear her conversation, and knew we had to wait until the line was free.

I had my first mobile phone when I was college. It was one of those huge bag phones that went in your console and connected to an antenna on the exterior of your vehicle. 60 free minutes was a big deal then, and I’m still in the realm of ancient history for many of you. I remember my grandmother calling that number and being baffled by the concept of voicemail. I would have messages from her asking if I was there.

When I was very young, I typed DOS commands into a huge, clunky computer in my bedroom. Now, the phone that I carry in my pocket has more processing power than computers that rendered the original Star Wars films.

My point is that, more than an explosion of technology, people of my age have seen an exponential increase of information, and a fundamental change in how we access that information. We forget what it was like “back then.” The idea that we used to keep a hand-written address book for all of our contacts is foreign, the fact that I went through undergrad taking notebooks to class for note-taking bewildering.

Karen and I got rid of cable almost immediately after we married, because there were just too many other ways to watch what we wanted to watch. As such, our daughter has grown up her entire life with no idea of television being anything other than a streaming video service (she knows the difference between Netflix and Amazon). And, yes, I understand that her entire life has been five years, but this has still been her entire life. When we were setting up utilities for this new apartment, however, we got a good deal by agreeing to subscribe to cable also (poor cable providers, struggling so hard to keep an ancient business model alive). We agreed and, for fun, I connected the box, mostly to remember what it was like to watch something on a network’s schedule again.

My attempt to explain the concept of “live TV” to her failed in almost every way, as there is no reference point for her, no scaffolding upon which she can build the idea in her head. It’s amazing to me to think of the lightning-fast pace at which our concept of “normal” accelerates, of how easily we forget…forget in a way that my grandmother, I think, did not, because we forget even the foundation upon which is built our current state of “normal.”

I wonder what our daughter will consider normal when she is my age? I wonder how antiquated the idea of streaming episodes of her favorite programs on Netflix will seem then?

I wonder if that memory will even exist outside of an entry in an external storage device.

I wonder what we will have lost with all of that progress.

I had marked another of Barry’s novels to read some time ago and never gotten around to it, and the premise of this book was even more compelling. I’m generally a fan of dystopian science fiction, though, so this was almost guaranteed to be an enjoyable read. Still Jennifer Government provides a compelling…and extremely timely…story.

The setting is a near future in which America has overtaken a number of other countries and thus spread the dominance of a handful of major corporations through most of the world. Taxes in American countries are no more, and an impotent government that relies on fundraising struggles to police the law against corporate forces, such as the ubiquitous NRA, which have the freedom to do whatever they like in pursuit of profit, including murder. In this future, people are born with no last names. Their identity is entirely associated with the corporation for which they work, and they take on the company’s name as their last name upon employment. Children take on the last name of the corporation sponsoring the school which they attend. Being un-employed, or self-employed, leaves one with no name, no identity. One’s life is entirely dependent upon being consumed by a corporation.

I should point out that, while dystopian, this is a comedy, and Barry’s dry wit is present throughout the story. Characters, such as Billy NRA, find themselves in outright hysterical situations that leave the reader laughing while unable to escape the nagging through-line woven into the setting of every scene.

Not that the through-line is at all subtle. And, as comedic are the scenarios in which our characters find themselves, the development and internal lives of the characters are often flat, and certainly secondary to the story. The point of this novel isn’t the characters, nor is it so much the plot, but rather the world which is its setting, and, while this sounds as though it would be completely dysfunctional and without any chance of working, it keeps the reader turning the pages with a surprising amount of engagement.

Barry’s writing style is quick, overly abrupt in places, and this is one of the most prominent criticisms that I’ve read in other reviews. As this is the first of his work that I’ve read, I can’t speak to whether or not this is his writing style, but it seems as though it’s a device in itself to place the reader into this comically frightening world.

Many would discard this novel as an anti-capitalist diatribe, but doing so misses something deeper going on here. The future in which Barry places his reader is one in which there is no room for thinking against conventional wisdom. Critical thought has been over-run by marketing. Taking time to think, or to live or care for one’s loved ones, means that one is not being productive in one’s employment. Propaganda rules, and different ways of thinking are not tolerated. In its absolute freedom, society has paradoxically given up its soul.

This is a light and quick read, but one that will continue stay present in your mind, and in your perception, in troubling ways long after you’ve finished laughing your way through its pages. Considering the climate in which we live, the setting of this novel, which becomes its own character in many ways, is a warning not only of what is to come, but of what has already arrived. While a bit heavy-handed at times, this is still a worthwhile read for anyone who would like to have their thoughts provoked.

Jennifer Government by Max Barry
My rating: 4 of 5 stars