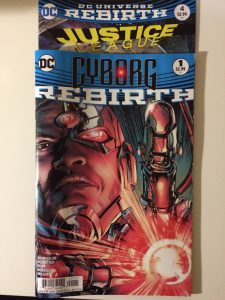 Something very important happened two weekends ago, something that solidifies the entire process of moving back to New England and was the last step in feeling “at home.”

You laugh, but I hadn’t found one in two years while living in North Carolina, and had resigned myself to moving all of my comic book reading to the digital sphere. I held no hope of locating a source for print comics again.

Don’t get me wrong, digital comics are a great thing. I always prefer to give my money to a small local business whenever possible, though, and the local comic shop is more of a cultural experience than it is a retail experience. There are really good conversations that happen there about very, very geeky things.

This particular shop has a great selection of old issues…boxes upon boxes of them, in fact…which is wonderful because I’m not a fan of what any of the major publishers have been doing in print of late, so I’ve focused my reading a lot on graphic novels and back issues for the last year or so.

As I browsed the neatly-organized and alphabetized shelves of recent-but-not-new issues to fill in some gaps that have occurred in the last couple of months, I found myself questioning which issues I had, and where I had left off. I found a few titles there of which I suddenly remembered having read the first issue, but had let the story and issue-to-issue cliffhanger escape my mind since doing so. Some of these were four or more months old.

This is highly unusual.

For two years, I have purchased all of my comics digitally. I thought that this would have no effect on my reading. After all, I still prefer to purchase ebooks whenever possible, primarily for the convenience of having whatever I’m reading readily available when I find myself with free time. Any excuse to read is well-taken, in my mind, so facilitating more opportunities to do so is a no-brainer. Comics should be no different, right?

Except that my theory is now proven wrong. These digital issues had as much interest to me while I was reading them, certainly. Yet, they faded from memory very quickly. I lost track of where I was in a given series, and even what series I was reading in some cases. It’s as though the stories took up space only in my short-term memory, making no lasting connections at all.

Which is far, far too disrespectful to any story to permit to continue.

I’m not sure why novels that I read in e-book format stay with me just as a physical novel does. Perhaps the issue at hand is that I have been far too busy with little time to read for the past few months (a new child has that effect). Or, more concerning, perhaps my attention span is being progressively shortened. That’s a frightening concept that I prefer to not consider.

So, that Saturday afternoon, I brought home my first paper issues of new comics in two years. A good feeling, I’ll admit.

Incidentally, I still remember where each issue left off, and am looking forward to next month to continue reading.

A little over a year ago, I inadvertently created a Saturday morning tradition of making pancakes with our daughter. It has become something that she looks forward to eagerly each weekend, despite my zombie-like state (which doesn’t break until at least after my first cup of coffee) in which I attempt to assemble what is needed for such an endeavor in the kitchen. I am not a morning person, and I have no business making food. Yet, our daughter loves this time together. So, pancakes it is.

At some point in the last year, we acquired a kitchen cart…sort of a mobile counter space on wheels that can be positioned wherever you need the extra space while cooking. On my rare adventure into the kitchen, I find it extremely useful. As our move back to New England was abrupt, we’re apartment-dwellers again for a while, and this particular piece of furniture is being used for more storage than it had previously in its lower cabinets. The end result of this is that it rolls much more sluggishly. Its wheels also tend to grind to a halt as you’re pushing it, which can result in it tipping forward if you’re not careful.

“Not careful” being synonymous with “not nearly caffeinated enough to function.”

You see where this is going, right?

Just before the crash, there was this sort of slow-motion, surreal moment in which Karen screamed and I lurched forward in an attempt to catch at least one piece of the various items that flew from their now-unstable resting place. Miraculously, we only lost one as it burst into small shards upon contact with the floor. Sadly, it was a sugar bowl that had been given to Karen by my grandmother before her death.

After a moment of quiet, we attended to the business of sweeping the floor and making certain that small, sharp slivers were not left lying around for children to step on, and our daughter, in her uncertain but beautifully kind-hearted way, was trying to console Karen.

“Dont’worry, Mommy.” she stated matter-of-factly. “We can always get another one on Amazon.”

Besides being disturbed by the commonplace consumerism that is already edging its way into my daughter’s mind, I’m torn a bit here, because, while I want to impress upon her the concept of an irreplaceable, valuable object, I don’t want to encourage more materialism. We are, after all, trying to trim down the toy collection, not embrace a philosophy that would add to it. I want her to appreciate things that she will be given, that she will inherit, things that may serve to remind her of us when we’re gone, as that sugar bowl reminded us of my grandmother. Not the most poignant reminder, but it made a connection. I want her to do this, though, without idealizing the item itself. In short, I want to impress the differentiation between a sign and a symbol, which is likely a bit too ambitious for a five-year-old.

You can’t blame me for trying, though.

Earlier this year, while we still lived in North Carolina, we had the adventure of a weekend power outage caused by an ice storm. While we stayed with friends who had warm living rooms for two nights, I went back home to check in on things during the day.

Our daughter has a beta fish named Charlie (For the record, I thought it was a bad idea). We tried our best to wrap his tank in towels and insulate him against the cold, but on the second day of the house hovering in the low 40’s, Charlie succumbed to the temperature. I found him floating that morning. After discussing this with Karen, we decided that we were in no way prepared to have that conversation with our daughter. So, on our first night with restored power, after we had brought in our overnight bags and the kids were in bed, I went back out to a local pet store. With much searching and assistance from the kind (but slightly bemused) girl minding the store that evening, I located a red beta that looked almost identical to Charlie, and to which Karen and I jokingly referred as “Charlie Mark II.”

Our daughter never knew the difference, and I’m content with that.

As we settled into this new apartment which will be home for a few months, I fed Charlie one night while Karen and the kids were out of town. I talked to him just as I had the first beta named Charlie, and realized that I had just connected to two, that the replacement for that tiny little creature had merged with the original in my head as though it was nothing more than a replacement phone after you’ve dropped and cracked the glass on the first.

A tiny little life, so easily replaced by a simple drive to a place of retail.

And I suddenly wonder if I’ve any place to discuss the merits of a lost sugar bowl at all.