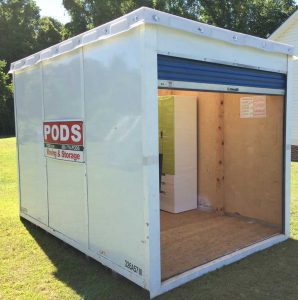 A few weeks ago, some of our family from New England came to visit. There were three children in our (small) house, as well as several adults, and it was noisy in the way that family visits are. For an introvert such as myself, it’s a bit nerve-wracking at times, but still…it was good being around family that we hadn’t seen in person since last summer.

The day that they left, they backed out of our driveway early in the morning, pulled slowly to the end of our cul-de-sac, and began their journey home. I walked to the end of our house and into our daughter’s room, which has the best view, and watched them drive away. I was thinking about how remarkably quiet the house was now. Too quiet at times. While it was soothing to my introverted nerves, I still missed our visitors.

That was three weeks ago. To say that things have taken an unexpected turn in those three weeks would be the definition of understatement.

With moving, of course, comes carefully orchestrated chaos as planning and organizing, phone calls and paperwork become interspersed with the day-to-day complexity of life. Things become progressively more…interesting…as more and more items become packed into boxes. No matter how well one plans, there will still always be that moment when you say of something that you need, “Where I did I put…oh, it’s packed.”

Karen and I have moved multiple times in the last few years. This will be our third major move up (or down) the East coast in just four years. While I am eagerly looking forward to this new part of our adventure, I find myself doing what I always do when we move.

Now, this isn’t the overly nostalgic sort of remembrance to which I was (all too) prone for a bit, but rather a learned focus on recollecting the good things that happened during the phase of your journey that is ending.

When Karen and I moved (quite abruptly) to take care of this house, I felt as though I screeched to a halt. I had been moving at a breakneck pace since finishing school, and now found myself without a job to go to. This made time for unexpected things. We had been watching the Harry Potter movies before our move (I had never seen them, and Karen rightfully took it upon herself to remedy that tragic situation), and we had quiet evenings to finish them. I had time to pause and learn new technologies for my profession. Because we made several stops during that move and consolidated items that had been left behind at parents’ houses since we were married (or, in some cases, since we had left home for undergrad), we now had all of our stuff under one roof for the first time. I spent several evenings going through old comic books and novels that I hadn’t seen in years. While there was pressure involved (I was essentially beginning what would become two years of earning a living as a freelancer and contractor), it was relaxing for those first few weeks.

Of course, life became incredibly hectic again, and I had the opportunity for some really fantastic professional achievements here. There were several moments of renovating this house that I will hold quite fondly in my memory. We had the chance to frequently visit some of our closest friends from before we moved to New England the first time, and I am so very grateful for all of these opportunities.

I am more than ready to leave the South. As things become more quiet, though, I have more of a chance to remember. The contradiction of moving is that, while many things begin to move at a frantic pace, others slow down paradoxically. There is a huge importance, I think, to making space for the spiritual discipline of remembering these good times, these positive events. While I become less tolerant of moving as I get older, I find that these moments of reflection are gifts that only seem to occur as markers in these sorts of occasions.

For everything that has frustrated me here, there has been so much good, as well. I am grateful for every moment, as well as for every unexpected turn that our adventure together has taken, and for the family that we’ve become as we’ve embraced them together.

Moving forward is frantic, but there are tiny moments of quiet involved. Those moments hold beauty when you listen.