This is just a test to confirm that subscribers will continue to receive via their readers and email.

So, after a few years, I’ve decided to give unobtrusive lucidity its own address. I’ll be moving the blog over to www.unobtrusivelucidity.com  sometime this week (basically, the same address without the “.blogspot” addition). I’m still hosting with Blogger, and they tell me the current URL will re-direct there automatically. Hopefully, there won’t be any issues for those of you subscribing via a reader or by email. Watch for my regular post next week, and, if it doesn’t appear in your feed or inbox by Tuesday or so, check back and let me know in the comment chain to this post, so I can take care of the issue.

And, if anyone has experience at this sort of thing, feel free to leave advice here, as well! 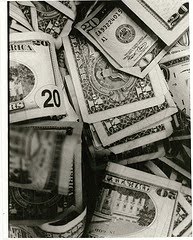 Long ago, at an institution of higher learning far, far away, while working on my undergrad, I competed in forensics. For those of you unfamiliar with this, forensics is essentially a combination of public speaking and reader’s theatre events that are performed for competition. Teams travel, compete, and winners receive trophies. I still have my trophies from those good times. My choice events were persuasive and after-dinner speaking.

Somewhere during those competitions, I competed in the persuasive category with a speech advocating against lawsuit abuse. The phrase had become a sort of buzzword at the time, and I essentially stood on the grounds that it was a horrible waste of money and time. One of my attention-grabbing examples was of a particular lawsuit over the “intentional infliction of emotional distress.” I remember finding that premise to be absolutely ludicrous.

In March of this year, a lawsuit was settled in West Virginia for a student who had died during gym class. The student apparently suffered from a heart condition. The mother sued both the local board of education and the county government for millions of dollars. Fast forward again to this month. A friend of mine who teaches told me that students at one local school district can no longer run a mile as part of their annual physical fitness test.

Once a school board is sued for such a huge amount of money, other school boards begin to react in fear, and rightly so. As the American legal system functions primarily on precedent in most states, they could stand to lose most of their financial assets should a similar situation occur. And, as we all know, education isn’t the best funded of our public services in any case. As a result, students are no longer encouraged to by physically active, and are given one more excuse for a victim mentality as yet one more activity is taken away from them. They are taught to be scared that something might happen to them, too, and gym teachers are prevented from doing their jobs because of one tragic event.

Here’s a sad American truth: our legal system causes knee-jerk fear reactions, because it cannot be navigated by the average citizen. A single mistake can result in a lawsuit that can relieve one of their life savings, future wages, and essentially everything else that they own.

Wait…how many of our elected politicians began careers by attending law school? Coincidence?

Okay, okay, before I start sounding like a conspiracy theorist, let me take this back a step further to the core philosophical issue that I think is at play here, an issue that would likely only be found in a capitalist culture. That issue is that a human life cannot be quantified by a monetary figure.

Two summers ago, I was involved in a car accident in which the other party was cited as being at fault. Their insurance paid me money for “pain and suffering.” I found this to be insane. Assuming that I had experienced pain, or that I had suffered, how was money going to change that? This is money that is awarded beyond payment of legitimate medical costs, and is essentially, in my opinion, a form of insurance in itself that they felt would prevent me from suing them for more money. Honestly, I’m still insulted at the unstated assumption that I would that.

Yet many would, because the proceedings that make attorneys their comfortable six-figure salaries also become a form of easy income or revenge for those who think they have been wronged (or can at least convince others that they have been wronged). Thus, the lowest common denominator does enormous damage to the quality of life of everyone else who feel the need to act preventatively lest they be sued, as well.

The loss of a child’s life to a senseless accident is unbelievably tragic, and I grieve for the mother and other family members. Legal consequences in the event of negligence (I’m not implying that this occurred, but merely using the example) would be understandable. Assigning a dollar amount as compensation for a child’s lost life, however, is the height of soulless materialism, because to do so says that a human being has only a finite, measurable worth. The natural conclusion of this would be that some, then, are worth more than others. This is a thought process that is absolutely unacceptable and unethical, yet is perpetuated by our broken legal system each time a lawsuit such as this moves through the channels.

As human beings, we are worth infinitely more than pieces of green paper with arbitrarily assigned numerical values can ever calculate. To pay a mother for the death of her son not only dishonors his memory, but also fails miserably to alleviate any pain or grief. Yet we continue to presume that this is exactly what can be accomplished.

Silly rabbit. When will we learn? The most important aspects of life cannot be purchased.

If we’re “stickin’ it to the man,” then who exactly are we sticking it to, anyway? My thoughts on that make up one of the feature articles in this week’s issue of Catapult Magazine. Let me know what you think!

Is it me, or does the ferocity with which the battle to protect intellectual property make the entire situation…well, less than intellectual?

This story broke over the weekend. In essence, someone in a meeting in L.A. heard some commotion, looked out of a window, and saw what was apparently a scene from Transformers 3 being filmed. He shot a quick video with his phone, and uploaded it to YouTube. The motion picture studio complained of copyright violation, and pressured YouTube to subsequently take down the video.

So, by this logic, filming the people filming the movie is now a copyright violation? Explain this to me, please?

Copyright law exists (in Dave language) to prevent unauthorized copies of a work being made. When I copyright a project, that is to prevent someone from making copies and distributing them without my permission, or from claiming it as their own. The second is always the primary motivator for me: I register my work for either copyright protection, or under a Creative Commons license, in order to prevent someone from claiming my work as their own. As recent attempts to lock down every conceivable form of media imaginable in insanely counter-productive ways by groups such as the RIAA, MPAA, and many book publishers has shown us of late, however, this can be taken to such an extreme that lawful users have difficulty legally obtaining copies of the work.

A slightly grey area exists in the so-called doctrine of fair use, which permits certain uses of copyrighted material without permission, but not for profit, such as in the case of educators using material for instructional examples in their classrooms. When you use someone’s material as support in an argument in an academic paper, for example, you are using it under fair use, citing the source on your bibliography page.

Here’s the issue: I don’t understand how one could claim that the guy filming the filming of this movie scene was attempting to steal part of the plot from the Transformers 3 screenplay (after all, he apparently identified it as exactly that, thus effectively citing the source). In fact, I see nothing here that would indicate that he was even distributing a part of the movie without permission. He was making a brief, obviously amateur video of a movie crew shooting part of a film on a public street. How do you copyright the act of creating part of a creative work in public? That could easily have been a different movie, and the segment he posted to YouTube could well end up on the cutting room floor. By the same logic, if I encountered a famous novelist in a coffee shop writing his next great work, and snapped a quick picture with my phone for Twitter, could I then be sued for copyright violation if a few words on his laptop screen happened to end up in the photo?

Paranoia is a sad thing. We live in an age of YouTube, Flickr, and multiple other ways in which video and photos of average individuals walking through public areas may end up on the Internet. We are filmed at intersections by traffic cameras frequently. We may end up in the background of someone’s vacation photo. If anything, privacy issues may be at stake. Perhaps the film crew could object to their images being uploaded without their consent, but on the grounds of privacy, not copyright. Even on privacy grounds, I doubt this would be a viable claim. The only way to ensure you will not end up on the Internet today is to not leave your home.

I’ve mused here before that the only way to be true to one’s art may be to not make a living creating said art. All too often, corporations are permitted to own the art, or at least it’s production channels, in order for the artist to make any sort of income from their work. When corporations fear that their precious profits may be lost, this sort of over-reaction becomes rampant, making the world a smaller place for everyone. In fact, clips such as these could well result in better box office performance, as some will go to the movie in order to see if the scene they watched on YouTube is in the final product.

So, hold on. I’m about to do something crazy:

There. I’ve filmed myself writing. Now I can sue myself for copyright violation, right? I’ve infringed on my own intellectual property!!

Oh, wait. I suppose that wouldn’t make much sense.